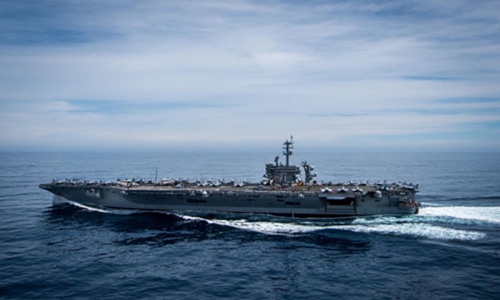 “We are fully determined and serious in defending our national security, maritime borders, maritime interests, maritime security and security of our forces at sea and any (wrong) move will trigger our decisive, effective and prompt response,” Hossein Salami said.

He also accused the US “unprofessional and hazardous” behavior of causing the IRGC Navy vessels’ confrontation with US vessels last week.

Earlier, the US Navy said in a statement that 11 military vessels of the IRGC conducted “dangerous and provocative actions” near US Navy and Coast Guard ships in international waters in the Gulf on April 15.

The IRGC called for full withdrawal of all American forces from the Gulf and West Asia, saying the “illegal” presence of US forces in the region is the source of insecurity in the West Asia.