Nine inmates were killed and scores of guards wounded when rioting broke out at a prison in Lima after two inmates died from COVID-19, authorities in Peru said on Tuesday. 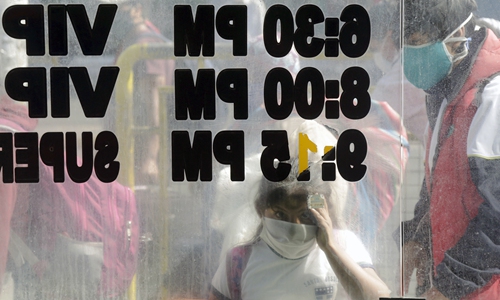 A girl wearing a face mask waits at a bus terminal in Lima, as a total of 483 people were sent to Puno in the southern Andes, Peru on Monday as part of the humanitarian transfers arranged by the central government and regional governments after more than six weeks of national lockdown to prevent the spread of COVID-19. Photo: AFPThe riot broke out on Monday at the city’s Castro Castro prison. By nightfall, authorities said the situation had been brought under control, giving an initial toll of three dead before gradually revising the figure upwards to nine.

Aside from the nine killed, 60 prison guards, five police officers and two inmates were wounded in the unrest, the National Penitentiary Institute (INPE) said in a statement.

The death toll from COVID-19 in the Peru’s overcrowded prison system has risen to 15, following the deaths of two inmates over the weekend, while more than 600 inmates are infected.

The riot at Castro Castro was the latest in a spate of prison unrest linked to growing fears among inmates over the spread of the virus.

“We’re dying. Don’t let us die infected. We need medicine,” read a banner held up by some of the prisoners.

The protest ended when the Lurigancho warden signed an agreement with the prisoners concerning their medical attention, a prison systems spokesperson told AFP.

A relative of one of the inmates outside the prison pleased for an early release.

“They are condemned to a prison sentence, but not to death here. Please, we are asking for mercy for them,” the woman, who identified herself by her first name, Vilma, told AFP.

The notoriously overcrowded Lurigancho was built to house 2,500 prisoners but is currently believed to have more than 10,000.

Many of the fatalities in the Castro Castro riot were apparently shot after police were called in to help guards quell the unrest. The riot’s objective, according to the authorities, was to “facilitate a mass breakout.”

64 sailors test positive for COVID-19 aboard US Navy destroyer