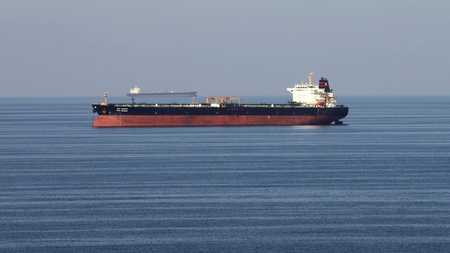 Japan will send a military vessel and two patrol planes to help protect waterways in the Middle East but will not join a U.S.-led coalition in the region, the government said on Friday.

The move comes after attacks this year on tankers in the Gulf including a Japanese tanker, as well as on Saudi Arabian oil installations.

Washington, other Western states and Saudi Arabia blame the attacks on Tehran, which denies any involvement.

Chief Cabinet Secretary Yoshihide Suga told reporters that Japan will send a destroyer to the region for intelligence activities along with two P3C patrol aircraft. He said 90 percent of crude oil Tokyo imports were from the region and the move is “Japan’s own measure aimed at peace and stability in the Middle East as well as ensuring safety of Japan-related vessels.”

Japanese Defense Ministry said the patrol activities will not be deployed in the Strait of Hormuz, through which much of the global oil trade passes and where the U.S.-led coalition operates. The Self-Defense Forces (SDFs) will operate in the high seas in the Gulf of Oman, the northern Arabian Sea and the Gulf of Aden, it said.

In May and June, there were several attacks on international merchant vessels in the region, including the Japanese-owned tanker Kokuka Courageous, which the United States blamed on Iran. Tehran denies the accusations.

Japan, a U.S. ally that has maintained friendly ties with Iran, has opted to launch its own operation rather than join a U.S.-led mission to protect shipping in the region.

The Japanese government aims to start the operation of the patrol planes next month, while the destroyer will likely begin activities in the region in February, Defense Ministry said.

The government decision is effective for one year through December 26, 2020. A fresh cabinet approval is necessary to extend the armed force’s activities in the Middle East.

A European operation to ensure safe shipping in the Gulf will also get underway next month, when a French warship starts patrolling there.

(With inputs from AFP, Reuters)

US health agency urges schools to reopen to students