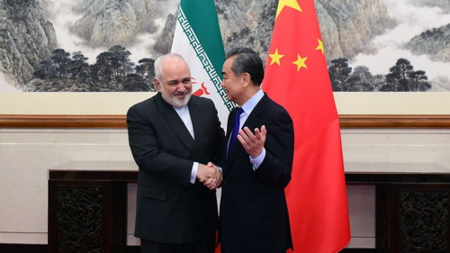 China on Tuesday called for the Iran nuclear deal to be maintained and implemented and urged relevant parties to exercise restraint and strengthen dialogue to avoid further escalation of tensions.

The United States unilaterally withdrew from the agreement, renounced its due international obligations, and imposed extreme pressure on Iran, Wang noted, adding that this is the root cause of the current tension in Iran nuclear issue.

Wang emphasized that the JCPOA ratified by the United Nations Security Council is an important result of multilateral diplomacy. To maintain the authority and effectiveness of the deal is to maintain multilateralism, the international law, and basic principles of international relations, he continued.

“China supports all constructive efforts that will help ease the current tension and maintain agreement. We hope that the deal signatories can adhere to the correct direction, withstand external pressure, handle differences through dialogue and negotiation, and continue to maintain and implement the agreement,” said Wang.

China will firmly defend international fairness and justice, oppose any unilateralism and bullying acts, and promote the political and diplomatic solution of the Iranian nuclear issue, he stressed.

Zarif thanked China for its important role in maintaining the JCPOA, and briefed Wang on Iran’s consultations with Russia and Europe on the Iranian nuclear issue.

He said Iran was willing to maintain close communication with China, adhere to multilateralism, oppose unilateralism, and earnestly safeguard the agreement.

Iran attaches great importance to relations with China, is committed to deepening cooperation with China, and is willing to work with China to push Iran-China comprehensive strategic partnership to a new level, said Zarif.

Meanwhile, China, Russia and Iran began joint naval drills on Friday in the Indian Ocean and Gulf of Oman.

The exercise is aimed at deepening exchanges and cooperation among the navies of the three countries, and demonstrates the goodwill and capability of the three sides to jointly safeguard world peace and maritime security and actively build a maritime community with a shared future, according to China’s Ministry of National Defense.