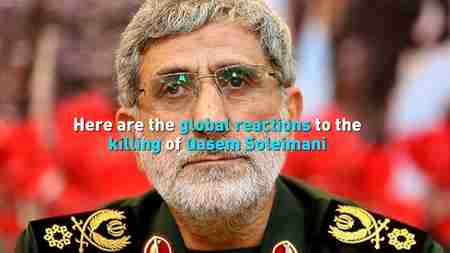 The assassination, directly ordered by U.S. President Donald Trump, was celebrated by his administration but received condemnation from countries and protesters in the Middle East.

Leaders and politicians from other countries are appealing for calm and a lessening of U.S.–Iran tensions. Here’s what has been said.

Battle against the epidemic being won, says Nobel prizewinner

China drops truth bomb on Xinjiang terrorists: Here is how the world should react

US to name ambassador to Sudan for first time in 23 years: Pompeo