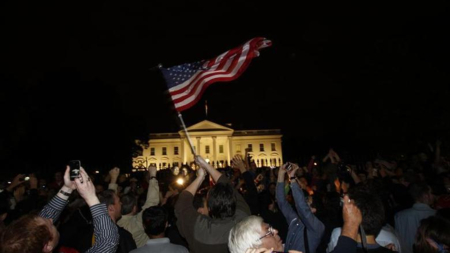 No American should be a stranger to the truth that the U.S. government hid from the public during the Vietnam War, nor its dishonesty about Iraq’s alleged possession of weapons of mass destruction which directly led to the U.S. invasion in 2003.

On October 11, 2001, a few days after the U.S. started bombing the Taliban, a reporter asked then U.S. President George W. Bush, “Can you avoid being drawn into a Vietnam-like quagmire in Afghanistan?”

Bush replied to the question with confidence that the war would end when al-Qaeda was brought to justice: “We will prevail.”

With the publication of the Afghanistan Papers by the Washington Post on Monday, it finally seems clear that in attempting to “prevail,” the U.S. resorted to an old tactic from Vietnam — manipulating public opinion.

The report reveals how people ranging from commanding generals, ambassadors and White House officials to aid workers and military officers in the field, across three different administrations, worked to “spin” the war in favorable terms.

The 2,000 pages of documents the Washington Post obtained are presented by the Special Inspector General for Afghan Reconstruction (SIGAR) created by Congress to “investigate waste and fraud in the war zone.”

In 2014, SIGAR launched a project titled “Lessons Learned” with the purpose of diagnosing “policy failures in Afghanistan so the United States would not repeat the mistakes the next time it invaded a country.” The irony speaks for itself.

In chronological order, “Lessons Learned” interviews exposed cases whereby embarrassing results were over-classified, false reports about success in human security development were issued, progress in the training of the Afghan forces was exaggerated, and uncertain reports about the level of government control and Afghan military success were published.

It took three years, all the way up to the federal court, leveraging the rights under the Freedom of Information Act for the documents to see the light. The report was published just as peace talks between the United States and the Taliban have restarted in Doha, Qatar.

The utter candor in the interviews is shocking when officials “spin” casualty counts and other figures. For instance, the “analysis” produced by the National Security Council would portray a suicide bombing in Kabul as “a sign of the Taliban’s desperation,” that the insurgents were too weak to engage in direct combat. Meanwhile, a rise in U.S. troop deaths was cited as proof that “American forces were taking the fight to the enemy.”

The “Lessons Learned” interviews contain numerous admissions the government routinely touted statistics officials knew were distorted, spurious or downright false. But many of the interviewees lack a basic idea of what they were doing in America’s longest war.

“What are we trying to do here? We didn’t have the foggiest notion of what we were undertaking,” Douglas Lute, a three-star Army general who served as the White House’s Afghan war czar during the Bush and Obama administrations, was quoted by The Post as saying.

Since 2001, the war that seemingly no one understands has cost an estimated 157,000 lives, adding the U.S. body count directly to a total number of between 770,000 and 801,000 in conflicts in Afghanistan, Pakistan, Iraq, Syria, Yemen, and other countries far away from the U.S. soil.

An Afghan drug addict covers his head with a scarf as he uses drugs under a bridge inhabited by drug addicts in Kabul, Afghanistan, June 1, 2015. /Reuters Photo

“We have got to put an end to endless war,” declared Mayor Pete Buttigieg of South Bend, Indiana, during a Democratic presidential primary debate in September. Even President Donald Trump, the target of Buttigieg’s attack, seems to agree. “Great nations do not fight endless wars,” he declared in his latest State of the Union.

After the current administration announced its South Asia strategy in August 2017, Trump put an end to Obama’s time-bound commitment to Afghanistan, pivoting to a “conditions-based” evaluation. But the change of rhetoric is not enough to yield the “prevail” the Bush promised 18 years ago when he started the war.

Trump, impeachment, and the future of the U.S.