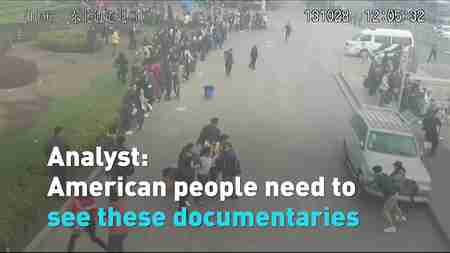 “American people are not getting the facts.”

A U.S. expert says the American media choose to ignore CGTN’s documentaries on Xinjiang, which had an estimated 800 million views on social media, because it, “doesn’t fit into American political narrative.”

You can watch the documentaries here:

Brian Becker is the Executive Director of the A.N.S.W.E.R. Coalition which has chapters in 25 cities in the United States.

The A.N.S.W.E.R. Coalition was founded immediately after the September 11, 2001 attacks in New York City and Washington DC. A.N.S.W.E.R. was the primary organizer of millions of Americans who protested month after month in the lead-up to the U.S. invasion of Iraq in March 2003.

Challenges before final peace in Syria

US to suspend flights by Chinese airlines starting June 16