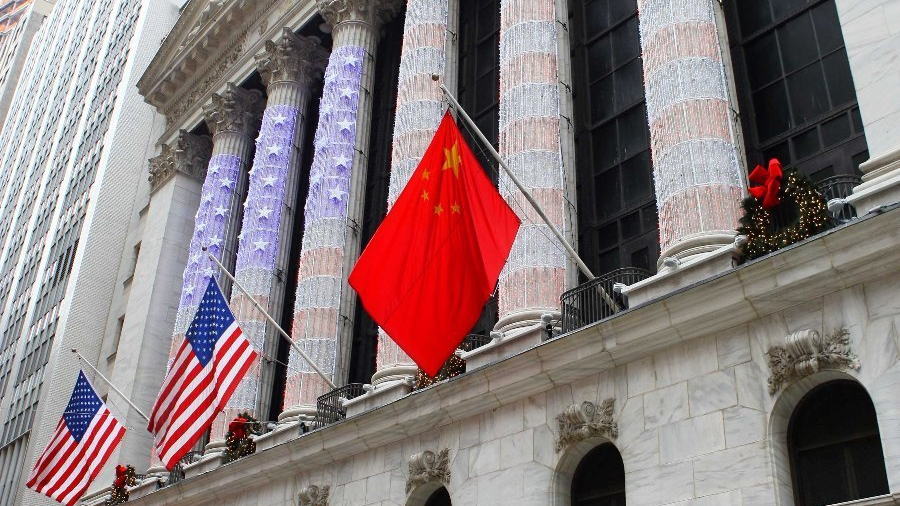 Editor’s note: Mustafa Hyder Sayed is the Executive Director of the Pakistan-China Institute. The article reflects the author’s opinions and not necessarily the views of CGTN.

For anyone wondering what is behind the unprecedented attention to and coverage of Xinjiang and Hong Kong by the U.S. media, “Washington’s Xinjiang Smear” by Stephen Gowans is a must read. The article contextualizes the focus of the United States’ Congress, Pentagon, and media as part of the larger policy decision of the United States to implement its policy of “China containment.”

Whereas the policy of containing China was announced by former president Barack Obama as the U.S. Asia-Pivot strategy, the desperation and urgency to contain what is the peaceful rise of China is directly correlated to China’s accelerated economic growth and successful poverty alleviation and stability-restoration in regions like Xinjiang.

The U.S. policy of regime change and its track record, be it Libya or Iraq in recent times or Chile (1970) or Chad (1981), under the pretext of human rights, democracy and empowerment of citizens, speaks for itself. States, which have challenged core national or geopolitical interests of the U.S., have faced both overt and covert operations that Washington launched to weaken, dismantle or collapse these governments and replaced them by “friendlier”and more pliable dispensations.

The U.S. has mustered popular support from Americans by instilling fear in them about an “enemy” they knew little about. First it was Soviet Russia, which was seen as a plague expanding its tentacles to Afghanistan, East Asia, and other areas considered by the U.S. as its backyard, then what was called “Islamic radicalism” which the neo-conservatives under George Bush Jr. used to justify their interventions in Iraq and Afghanistan.

Just as Gowans said in his article, while “the United States has waged war on Islamist-inspired anti-U.S. violence in the Middle East, a campaign marked by assassinations, invasion, occupation, torture, incarceration of Islamist militants, gross violations of international law, and programs to re-educate Islamist radicals,” Chinese efforts to deal with radical violence “have been mainly based on job training, job creation, and re-education.”

Photo shows the site of an attack in Kabul, capital of Afghanistan, July 29, 2019. /Xinhua

For the past three years, there have been no terrorist incidents in Xinjiang and the Chinese government has tackled the challenge by addressing the root causes of terrorism, making previously poor, disenfranchised Uygurs more literate, and subsequently worthy of employment. Compare this to U.S. reaction to terrorism – bombing Afghanistan, Iraq, Libya, and Iraq again this past week where Hezbollah-affiliates had allegedly killed one American citizen. Do we see a stark contrast between the two countries in dealing with terrorism?

Washington’s selective and arbitrary application and validation of human rights and lack thereof for political ends is a disservice to the cause, and to those people who actually deserve protection of their human rights.

What we are seeing today is the use of human rights as a weapon of hybrid warfare to justify interference, which would otherwise be unacceptable and impossible by international standards, in the internal matters of another country. We cannot and should not let countries build a narrative under the guise of human rights to continue interfering and determining the politics of other countries.

Imagine if the National People’s Congress of China or the Central Committee of the Communist Party of China passed a law or a policy that sought to undo the Guantanamo Bay in Cuba, which is not a reeducation center but an actual jail which in its very foundation, as many believed, is a contravention of the Due Process Clause of the 5th and 14th amendments of the U.S. constitution.

Imagine the Foreign Affairs Ministry of China sanctioning Carl Rove and Condoleezza Rice for war crimes and human rights violations in Iraq because China thought that it must protect its Muslim brethren from illegal state-terrorism. Yes, it is indeed difficult to imagine as that would never happen because China has historically followed a policy of non-interference.

In July, a host of Muslim-majority nations, including Saudi Arabia, Iran, Egypt, Syria and the United Arab Emirates, joined the DRPK, Myanmar and others in signing a letter to the United Nations Human Rights Council praising China’s governance of Xinjiang. This, as Gowans argued, is an “indication that Beijing’s campaign to address secessionist violence in the remote Chinese region is not the Orwellian stain on humanity that U.S. Secretary of State Mike Pompeo would have us believe.”

The U.S. policy towards Xinjiang, which sees it as fault line that can be compounded and expanded, is intrinsically flawed. China comprises 56 ethnic groups that are living in harmony and peace, and are stakeholders and beneficiaries of China’s body-politic and part of the solution, not part of the problem. China’s growth as an economic powerhouse should be welcomed by the U.S. and the U.S. should engage with China and negotiate its interests via proactive dialogue, trade, and healthy competition.

I would advise President Donald Trump and the Washington establishment to read “Dealing With China”by Henry Paulson Jr., who has served in Goldman Sachs as a senior executive and more recently as U.S.’ Treasury Secretary. He argues how business and political leaders should learn and understand Chinese culture and politics and engage with China to advance their business and political interests. China has risen and arrived, and the best option is to work with it.

Does the killing Soleimani mean a ‘declaration of war’?