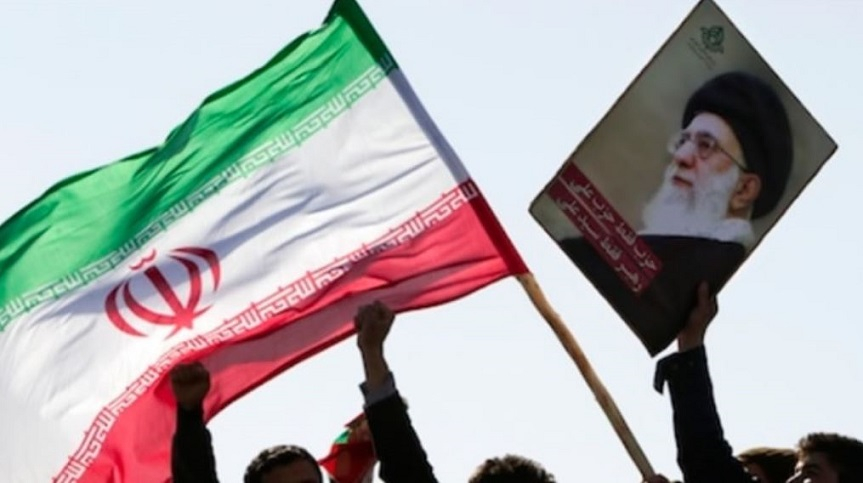 FILE PHOTO: Demonstrators hold a picture of supreme leader Ayatollah Ali Khamenei and wave an Iranian flag in a ceremony marking the anniversary of the Islamic Revolution, which takes place every year on Feb. 11./ Reuters Photo

Foreign Ministry in Egypt said on Friday the country was following developments in Iraq with great concern and appealed against any further escalation.

“The Foreign Ministry is following with great concern accelerating developments in Iraq, which augur an escalation it is important to avoid,” the statement said.

“For this reason, Egypt calls for containing the situation and avoiding any escalation.”

Iran’s National Security Council convened an emergency meeting on Friday to decide the country’s reaction to the U.S. strike. Reports indicate Khamenei participated in the meeting for the first time ever.

Other officials say Qassem’s killing will only strengthen Iran’s resolve.

“The pure blood of Qassem Soleimani will surely strengthen the tree of resistance, unite the Iranian people, and make U.S. policies in the region less effective by the day,” said Foreign Minister Javad Zarif.Source(s): Reuters