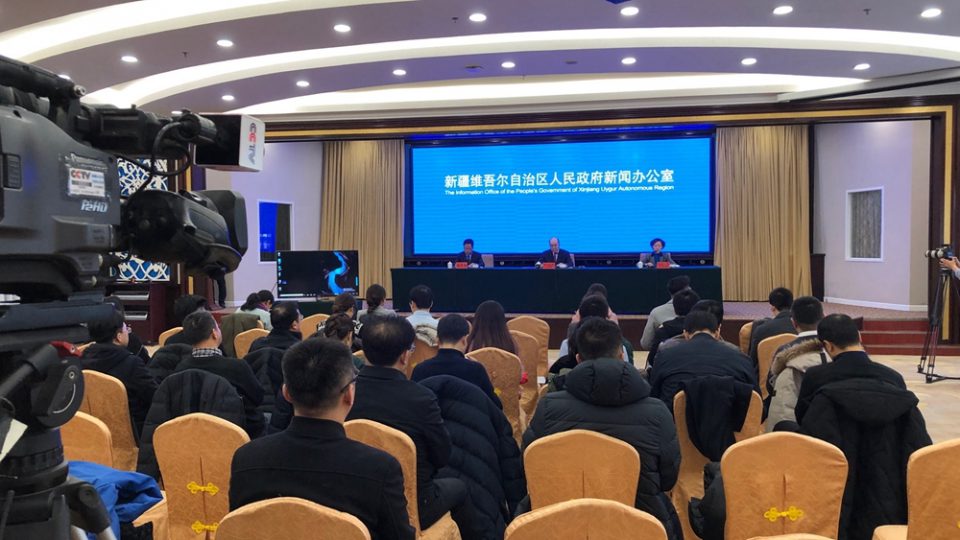 “Lies can’t hide the truth,” said Uygur officials in Urumqi, capital of the Xinjiang Uygur Autonomous Region, at a press conference. They were referring to “baseless accusations” made by some Western media reports about the treatment of Uygur Muslims in Xinjiang.

Parhat Rozi, deputy secretary of the Communist Party of China (CPC) Kashgar Prefectural Committee, said people of all ethnic groups have long been friendly to each other, giving mutual assistance in times of need in Xinjiang.

“All countries all over the world educate their young people to love their country,” Rozi said, quoting a report in which an American student was put in jail simply for refusing to pledge allegiance to the U.S. national flag.

According to the report, an 11-year-old American boy was arrested in February 2019 as he refused to pledge allegiance to the American flag, which demonstrates the “importance” the U.S. attaches to patriotic education, Rozi told the reporters.

However, the patriotic education in schools in Xinjiang has been twisted as “brainwashing,” Rozi said, believing that this represented a double standard.

Rozi fielded another question concerning a recent report by The Irish Times.

In the story, local efforts to send officials to help impoverished households were portrayed as “paring government employees up with people of other ethnicities in a relative-like relationship to keep a watch on Uygurs.”

The report also said that “Uygurs are asked to eat pork,” a meat abstained from by many religious faiths in central and southern Asia.

Rozi responded to that claim by asking where the reporter and readers saw this, and asked them to identify the organization that carried out the act in question.

He showed a picture of that so-called “pork meal” to the press; every dish was clearly named, and there appeared to be no pork in the dinner at all.

‘Opinion leaders are welcome to pay a visit to Xinjiang’

When asked to respond to some attacks on Xinjiang from Western “celebrities”, Guli Ablem, deputy director of Xinjiang’s regional culture and tourism department, said at the presser that many so-called celebrities are misled by baseless reports from the West.

“Opinion leaders from Western countries are welcome to pay a visit to Xinjiang, so that truths can be reported in unbiased ways.”

Her response came from German footballer Mesut Ozil’s tweet in December, which showed his support for ETIM, a UN-affirmed terrorist organization.

Here’s the aftermath of the protest at the U.S. Embassy in Baghdad