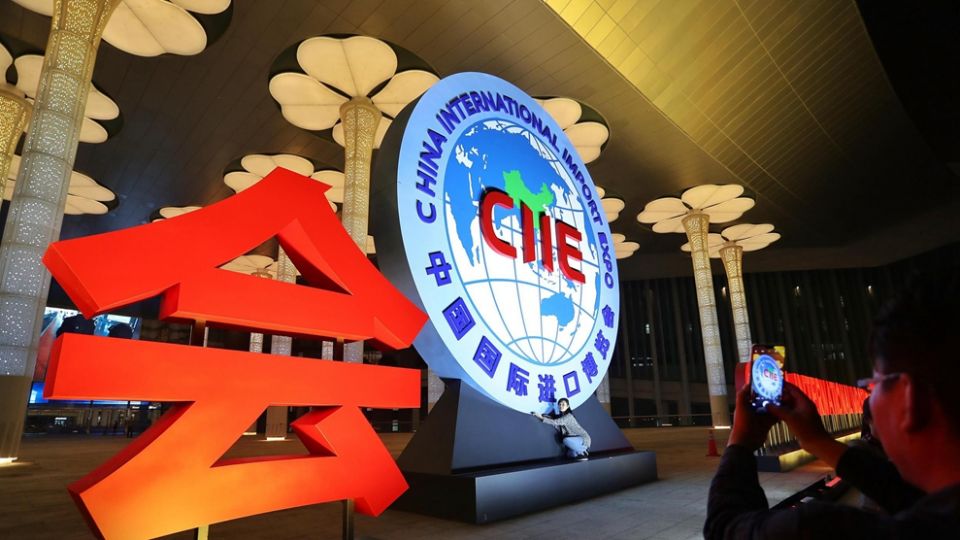 5G network will fully cover the venue of the second China International Import Expo (CIIE), which will be held between November 5 and 10, according to a press conference held on Friday at the National Exhibition and Convention Center in Shanghai.

The construction of the 5G network is expected to be completed by the end of September, along with certain demonstration projects of 5G applications including unmanned driving, robot service and live-streaming broadcast.

The location and navigation system DWELT, developed by Shanghai-based Tongji University, will highly optimize its mapping function based on 5G applications. The fast and stable data transmission will guarantee a smooth guidance for the exhibitors and visitors, and ease pressure on on-site staff.

Nicknamed the “Four-Leaf Clover” because of the resemblance of its architecture to a clover leaf, the NECC is the newest and largest exhibition center in Shanghai.

The venue’s area has reached 23.5 million square meters and security there has handled over 20 million admissions during 356 exhibitions and events. Still, not a single security incident has occurred.

After expansion, NECC Shanghai will take up to one third of the city’s overall exhibition area, which will grow by 5 percent to reach 21 million square meters by 2020.