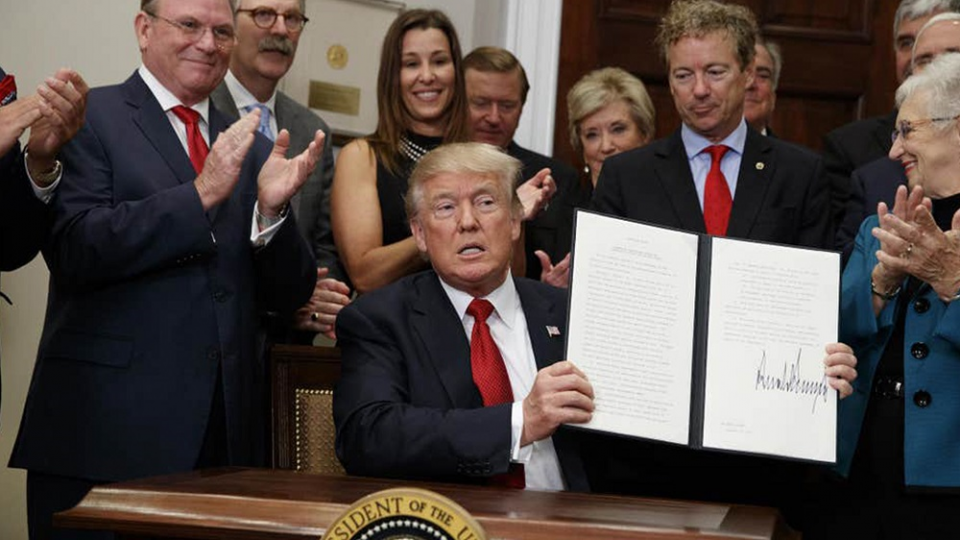 Average Americans shelled out 10,739 U.S. dollars on healthcare last year, according to CNBC. That is roughly one fifth of their average household income.

Under those huge charges, nonpartisan Kaiser Family Foundation finds that in one out of every six instances, patients receive a “surprise” medical bill following their treatment, or “out-of-network” charges. Depending on which part of the United States people live, the odds can be much higher.

The giant amount of unaccounted-for medical bills is bankrupting Americans, and is becoming so expensive that this is turning into a political issue.

On June 24, President Donald Trump signed an executive order that hopes to bring greater “transparency” to Americans’ medical bills. The order, which came a week after Trump’s official launch of his re-election, would require insurance companies, hospitals and doctors to disclose prices and quality before patients get their care – although it does not specify the level of details they will provide.

Those particulars will be included in the forthcoming rule, senior officials said.

“No Americans should be blindsided by bills for medical services they never agreed to in advance,” Trump said during the signing ceremony in the White House’s grand foyer. “We are fundamentally changing the nature of the health-care marketplace,” he said, adding that the proposal would bring healthcare costs “way, way down.”

A couple was charged over 18,000 U.S. dollars by a San Francisco hospital for some baby formula and nap time for their infant son.

Jang Yeo Im called 911 and was taken to the Zuckerberg San Francisco General Hospital along with her family by an ambulance immediately after her son fell off the bed and hit his head.

Doctors at the hospital quickly determined that the baby was fine – besides a little bruising on his nose and forehead. Yet within two years, Mrs. Jang has received medical bills totaling 18,836 U.S. dollars from the hospital, including a mysterious fee for 15,666 U.S. dollars labeled “trauma activation.”

Chicago police officers stand outside the University of Chicago Hospital as the ambulance parks beside, in Chicago, Illinois, U.S., November 19, 2018. /VCG Photo

Yet, these big-ticket charges don’t apply to just emergency cases, but everyday hospital check-ins and prescriptions as well. People can only find limited information about the costs, without ever finding how those costs happen as insurance companies cover a significant portion of their bills.

“More information will arm them with the information they need to make better choices where to obtain care,” Lieutenant Governor of Georgia Geoff Duncan, a former healthcare CEO, wrote in his opinion piece published on Bizjournals.

“For example, if a patient injured his wrist and had a large deductible, he might be able to save money if he could choose from several hospitals that published prices for X-rays and treatment.”

According to Duncan, providers would also be more motivated to start lowering their fees as that “transparency” will bring competition to the healthcare marketplace.

Healthcare analysts say Trump’s order could shed a spotlight on healthcare costs, one of America’s thorniest problems, yet obstacles ahead may wipe out any positives.

Doctors and nurses work on a patient in the Ryder Trauma Center at Jackson Memorial Hospital in Miami, Florida, U.S., September 30, 2013. /Reuters Photo

Hospitals set prices by negotiating with individual insurance companies in a process that’s kept confidential. If hospitals are forced to publish those rates, every health plan administrator will suddenly know what all the other insurers are paying – and they could use that information to bargain for lower rates, Dr. Joel Shalowitz, a health industry expert, said in an interview with Forbes.

According to the adjunct professor of Northwestern University, the mandatory exposure of pricing may very likely backfire.

“If hospitals are forced to lower their rates, that puts more stress on them and they may have to find other ways to shift their costs,” Shalowitz predicts. “Prices will come up for everybody, which means people will pay more for their insurance.”