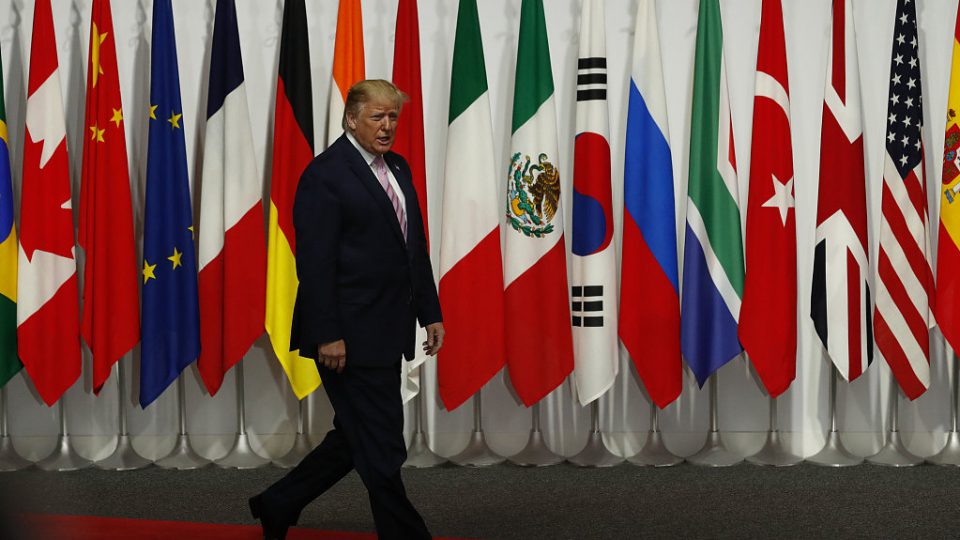 One year into the trade disputes between the world’s two largest economies, trade talks between China and the U.S. are getting back on track after a two-month hiatus. “Concessions need to be made by both nations…everyone has to give up a little bit,” suggested Stephen Roach, a senior fellow at Yale University’s Jackson Institute of Global Affairs.

At Thursday’s regular press conference, Chinese Ministry of Commerce said that China-U.S. trade talks will resume on the basis of equality and mutual respect with the core concerns of both sides expected to be resolved.

As a former chairman of Morgan Stanley Asia and the firm’s chief economist, Stephen Roach questioned the way the Trump administration takes tariffs as the solution to their so-called “China problem,” and argued that it’s crass politics rather than “economic logic.”

“The economic analysis behind the Trump administration’s anti-China trade policy is totally flawed…Because of our shortfall of domestic saving, we have trade deficits with 102 countries…so if we don’t boost our saving, but put tariffs on our largest foreign supplier, all we do is to divert trade to other foreign suppliers, they are higher-cost producers and that taxes American consumers.”01:11

Charles Liu, founder of Hao Capital, warned that the trade battles or the impact of tariffs may have resulted in a bigger wound inflicted on the U.S. than on China. Commenting on the growing concerns about shifting supply chains, he added that Chinese companies have been moving their own low-end manufacturing out of China to places like Vietnam, Thailand and Indonesia. Therefore, on the U.S. side the impact of the tax levy by its government has to be born by U.S. importers and consumers.02:00

Earlier this month, Washington Post published an open letter to President Trump titled “China is not an enemy” which was signed by more than 100 U.S. scholars, politicians and businessmen.

Roach said that although he did not sign the open letter, there were a number of things in it that he agrees with and endorses – “The rise of China has been an extremely important development that has obviously benefited China, the rest of Asia, the United States, and the world economy.”

Meanwhile, he further explained why he disagreed with the U.S. allegations of forced technology transfer. He called attention to Page 19 of the Section 301 report published by the U.S. Trade Representative (USTR) in March 2018, and pointed out that what is written on that page actually shows the USTR admits that there is no evidence of forced technology transfer between joint venture partners.

China on the right track in tackling terrorism and extremism

Courthouse set on fire during protest in California

Chinese Embassy in U.S. to take over work of Consulate General in Houston