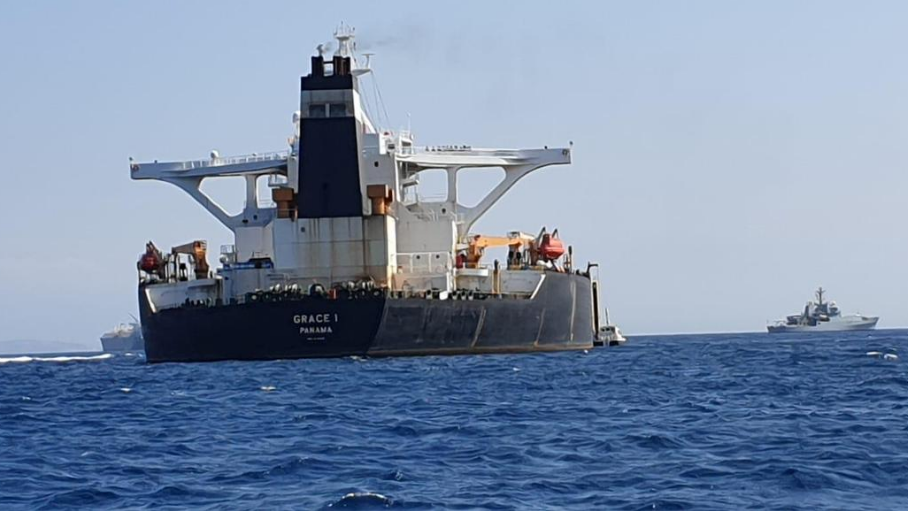 British Foreign Secretary Jeremy Hunt sought to ease tensions with Iran on Saturday, saying a tanker held by Gibraltar would be released if Tehran guaranteed it was not heading to Syria.

He said he had a “constructive call” with his Iranian counterpart Mohammad Javad Zarif, who he said assured him that Tehran “is not seeking to escalate” tensions between the countries.

“I reassured him our concern was destination not origin of the oil on Grace One,” a tanker seized off the coast of Gibraltar on July 4, Hunt tweeted.

An Iranian statement confirmed the conversation and said Hunt underlined Iran’s “right to export oil”. It added that Tehran hoped that an investigation in Gibraltar into the seized ship “would lead quickly to the release of the Iranian tanker”.

U.S. officials believe the tanker was destined for Syria to deliver oil, in violation of separate EU and U.S. sanctions.

Hunt said Britain “would facilitate release if we received guarantees that it would not be going to Syria, following due process in Gib (Gibraltar) courts. “Was told by FM Zarif that Iran wants to resolve issue and is not seeking to escalate.”

Tehran had reacted angrily to the seizure, and Britain this week said Iranian military vessels had tried to “impede the passage” of a British oil tanker in the Strait of Hormuz.

Iran, in its statement relayed by state media, said Zarif had told Hunt that his country would continue to export its oil “in all circumstances” and that the Grace One’s destination was a “legal” one, in “the eastern Mediterranean”.

Iran has repeatedly said it deems U.S. and EU sanctions against it as “illegal”.

Hunt also said he raised with Zarif the imprisonment of British-Iranian national Nazanin Zaghari-Ratcliffe, and Zarif “said he would continue to seek to find a solution”.

Picardo said in a separate statement that he spoke with Hunt before and after the foreign secretary’s conversation with Zarif and backed several of the points that were raised.

He said notably that he asked Hunt to tell Iran that Gibraltar would continue to enforce EU sanctions but it was also prepared to release the Grace One “if we were satisfied that we had received guarantees that it would not be going to Syria or to any entity sanctioned under the relevant EU regulations”.

He added that he was “pleased to hear of Iran’s constructive approach and their wish also to resolve this situation, which comes at a time of heightened international tensions”. Source(s): AFP

Over 450 killed during two months of protest in Iraq

Birth of coronavirus still a mystery, blame game needs to be averted