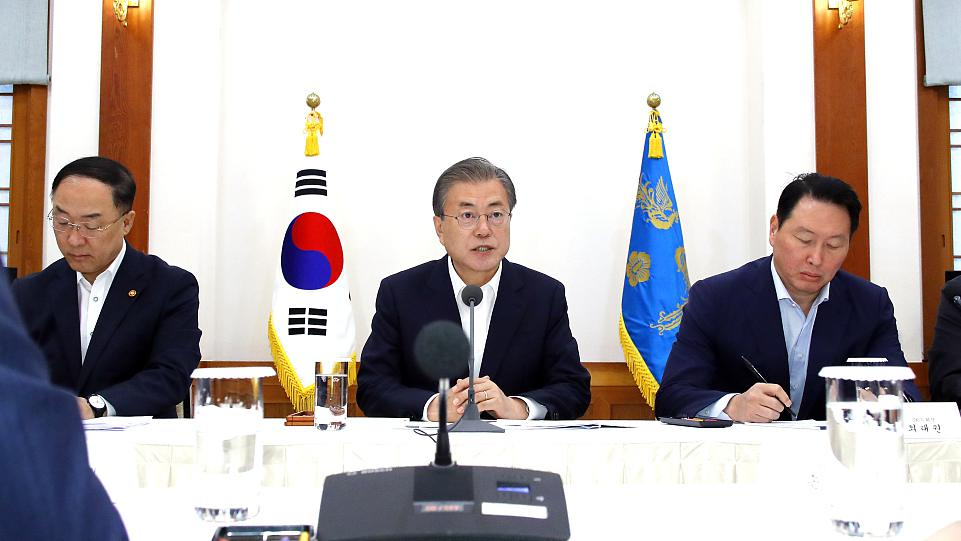 Tokyo last week said it would stop the shipment of compounds used by major firms including Samsung Electronics and SK Hynix in the manufacture of microchips and smartphones, increasing long-simmering tensions over the use of forced labor during World War Two.

Since Samsung Electronics and SK Hynix, count Apple Inc and other smartphone makers as customers, the issue is raising concerns about the disruption of global supply chains.

“We can’t rule out the possibility that the situation would be prolonged, despite our diplomatic efforts to resolve the issue,” President Moon Jae-in said at a meeting with executives from South Korea’s top 30 conglomerates.

Moon said dependence on overseas markets for the crucial materials Tokyo has cut off must be reduced in the long term.

Business leaders at the meeting discussed the possibility of acquisitions to secure core technologies in parts, materials, and equipment, a presidential spokesman said.

Despite Seoul’s appeals for negotiations, Japan has refused to budge.

(With input from AFP, Reuters)

Iraq cries out for unity