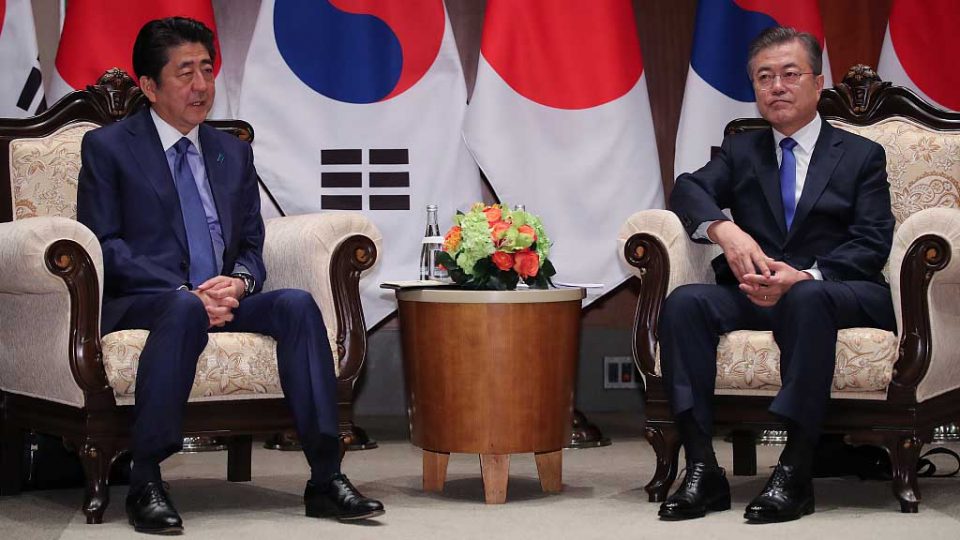 Calls are growing in South Korea for a boycott of Japanese goods, in response to Tokyo’s curbs on the export of high-tech components to South Korea, as a dispute over compensation for forced wartime labor roiled ties between the two U.S. allies. It’s reported that more than 36,000 South Koreans have signed a petition calling on the government to take retaliatory action against Tokyo.

In regards to the reaction from South Korea, CGTN correspondent Jack Barton says that the government is deeply concerned about the potential impact on the country’s tech giants.

In addition, although the South Korean government calls the situation an emergency, Barton anticipates that South Korean tech companies still have five to six months before they really need to panic about the supply chain.

Speaking of the intention of Japan hitting South Korea with semiconductor sanctions, Professor James Rae from California State University in Sacramento believes that Japan is sending a clear message to South Korea that all claims were settled under the 1965 agreement.

He also points out that the actions of Shinzo Abe are just about foreign policy moves, rather than making efforts to win more votes for the upcoming Upper House election in Japan.

“I don’t think Shinzo Abe faces a lot of domestic political challenges. I don’t think he is really calculating how it’s going to play domestically,” he adds. “But I think President Moon is a little bit more political jeopardy.”00:51

However, Professor John Gong from the University of International Business and Economics thinks that both leaders are playing the political game in terms of the recent trade spat.

On the one hand, President Moon pledged during the election campaign to address the grievances of those who suffered during World War II. On the other hand, the Japanese Upper House election is coming on July 21, and Shinzo Abe needs to secure his voters.

“Ultimately, it won’t drag for too long. They will find the solution,” Gong states.