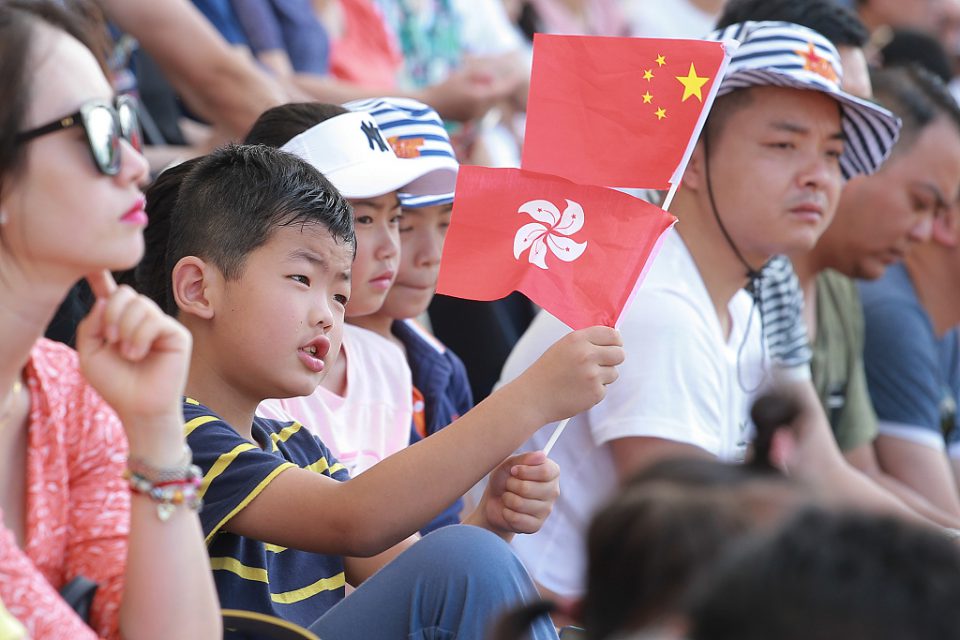 Editor’s note: Chris Wat is a current affairs commentator. This is an abridged translation of her Chinese-language article published by Ta Kung Pao. It reflects the author’s views, and not necessarily those of HAYOM.

Denise Ho Wan-see’s career as a Cantopop singer finally reached its pinnacle as she sat in a conference room at the United Nations office in Geneva demanding that the UN Human Rights Council expel China from the organization.

For an entertainer, there is nothing more pathetic than choosing to betray her own roots in exchange for five minutes of fame on camera. For a nation, it is detestable. And for Hong Kong, it is a shame.

Ho immigrated to Canada with her family at the age of 11 and has been a Canadian national ever since. After winning a commercial singing contest in Hong Kong in 1996, she began pursuing a career in music. Some of the other rising stars back then, such as Eason Chan Yick-shun, Joey Yung Cho-yee and Miriam Yeung Chin-wah, are now Cantopop superstars, while Ho has been barely afloat in the choppy waters of showbiz.

Then the illegal movement of “Occupy Central” happened in the fall of 2014. She was one of the few “stars” who openly supported the disruptive political campaign. She was 37 and had not found the success she wanted in entertainment until then.

All of a sudden, Ho became an overnight sensation again, this time as an idol of the “Occupiers.” A struggling Canadian singer who cannot even represent the Cantopop community on the world stage somehow found her way into the UN and delivered a human rights speech “on behalf of” Hong Kong society.

To Hong Kong residents, however, her rise to “goddess of democracy” status, a Canadian citizen in Hong Kong politics no less, could not be more ridiculous. But even more is that she does have some fans and worshipers. Speaking of worship, Ho’s mentor Anita Mui Yim-fong (1963-2003) passed away in December 2003 and apparently had nothing to do with her student’s decision to join “Occupy Central.” Ho now worships someone else.

That person is none other than the 14th Dalai Lama. A few years ago, Ho was brought in front of Dalai Lama. She told him then, “You have tamed me.”

Dalai Lama has been flown around the world by his U.S. handlers much of his life now, giving speeches to all kinds of audiences who know little if anything about his past. Most people in Hong Kong don’t know who he really is, either because local schools don’t teach Tibetan history, except perhaps that he is a Tibetan Buddhist now living in the “free world.”

Before the peaceful liberation of Tibet in 1951, the region had been ruled by the dominant Tibetan Buddhist sect for centuries, and the Dalai Lama, approved by the national government of Chiang Kai-shek, had been the de facto ruler of Tibet for nine years. Until the 1950s, Tibet had been a society of serfdom for generations under the cruel rule of “living Buddhas” known in the West only as the “spiritual leader of Tibetan people.”

Although there are historical records as well as material evidence proving Tibetan serfdom was one of the most inhumane systems that ever existed, most people today still have no knowledge of the sheer horror that numerous Tibetan serfs were subjected to, generation after generation. And it was the last of its kind — institutionalized slavery — in the modern world until 1951.

During the nine years under the rule of Dalai Lama, up to 90 percent of Tibetans were serfs by birth. That means the 14th Dalai Lama was in theory the biggest slave owner in history. Apart from hard labor, serfs were often tortured for any or no reason, and that included mutilation, having their eyeballs gauged out and being skinned alive.

As a matter of fact, there are quite a few well-preserved complete human skins in the prized collections of certain Western museums, including two in the U.S., presented by Dalai Lama himself as gifts. Yes, he took the finest of them from the Potala Palace when he fled Tibet.

The armed insurgency he and his followers, most of them aristocrats and serf owners, waged was a failed attempt to prolong their brutal rule in resistance against the central government’s determination to abolish it for good. With no small help from the CIA, he took at least 67 valuable pieces of “religious items” with him when he fled to India, including complete human skins and some other macabre artifacts.

Thanks to fancy packaging by the Western powers, Dalai Lama transformed from a ruthless ruler with the blood of serfs on his hands into “a symbol of hope” for freedom and democracy to the people he left behind.

What Dalai Lama and his follower Ho represent is nothing but lies about the past, present and future.

Markets believe the trade war is over