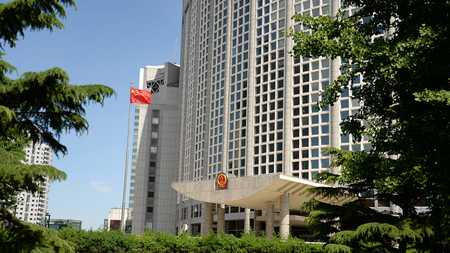 China will sanction the American companies who have participated in the sale of arms to Taiwan in order to help safeguard national interests, Chinese Foreign Ministry Spokesman Geng Shuang said on Friday.

Geng’s comments came after the United States earlier announced a plan to sell 2.22 billion U.S. dollars worth of weapons to Taiwan.

The arms sales to Taiwan by the United States are serious violations of the international law, the basic norms of international relations, the one-China principle and the three joint communiques between China and the United States, Geng said, adding that the sales undermined China’s sovereignty and national security.

“In order to safeguard national interests, China will impose sanctions on U.S. companies involved in the arms sales to Taiwan,” Geng said.

Infographic: What three Sino-U.S. communiques brought to the table

Chinese State Councilor and Foreign Minister Wang Yi also warned the U.S. not to play with fire, adding that ultimately the U.S.’s actions will only boomerang if the country wants to create new troubles in China-U.S. relations. Wang made the remarks during a visit to Hungary on Friday.

Wang stressed that the Taiwan issue is a matter of China’s internal affairs and and does not allow any foreign interference.

“No one, no force can stop the historical process of China’s complete reunification,” he added.

“If anyone dares to split Taiwan from China, the Chinese military has no choice but to fight at all costs… The U.S. is indivisible, and so is China. China must be, and will be, reunified,” Chinese State Councilor and Minister of National Defense Wei Fenghe made the remarks during the annual Shangri-La Dialogue (SLD) in Singapore last month.