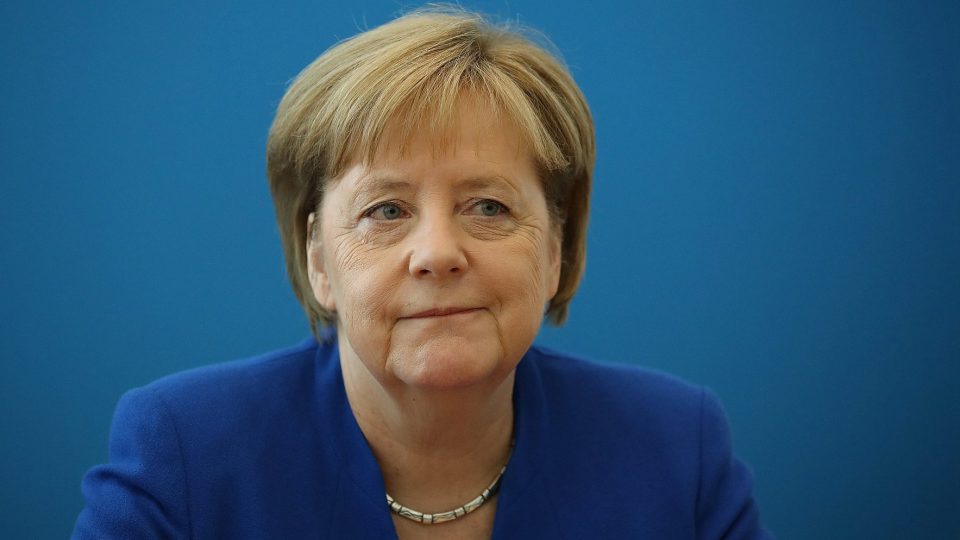 Editor’s note: Chris Deacon is a postgraduate researcher in politics and international relations at the University of London and previously worked as an international commercial lawyer. The article reflects the author’s opinions, and not necessarily the views of CGTN.

On this occasion, she was standing with the visiting Finnish Prime Minister, Antti Rinne, when – while standing for the playing of national anthems – her trembling began.

This led to her decision, the following day, to remain seated while the Danish and German anthems were played at a ceremony. Clearly, this goes against normal protocol and was a result of not wanting to exacerbate her health issues.

Merkel has responded to questions about her health by denying that there is any need for the public to worry, claiming that she is in good health and “feel[s] very well”. She further explained that the issue was being dealt with and she would simply “have to live with it” for a time.

The first episode had been blamed on dehydration – an explanation which seemed viable given the heatwave sweeping Europe at the time. However, the repeated instances since then have indicated that the shaking is likely being caused by other health issues.

It seems possible that, at this stage, Merkel’s doctors are not even entirely sure themselves as to what is causing the shaking, and so informing the public might not yet be possible.

Nevertheless, the question has emerged as to how open a world leader such as Angela Merkel needs to be with her people about her health.

This is a particularly interesting debate in Europe – and especially Germany – where privacy is often treated as a paramount right irrespective of the importance of one’s role.

This is very different to the American case, for example. U.S. presidents have regular health checks, the results of which – at least partially – are made public and commented upon to the press by the presiding physician.

Germany is different, and indeed a majority (59 percent) of Germans surveyed on the issue have agreed with the statement that Merkel’s condition is “clearly or largely a private matter” for her, as published by the Augsburger Allgemeine newspaper on Saturday.

In the same poll, only 34 percent of those surveyed believed that the German Chancellor should be more open regarding these health concerns.

This is perhaps a greater worry for Germans than might normally be the case. Merkel has now been chancellor for 14 years and, while she has confirmed that she does not intend to run for office again after 2021 – the end of her current term in two years’ time – she has become a mother-like figure for many Germans, and is often referred to by the nickname “Mutti”, meaning something close to “mommy”.

Theresa May speaks to members of her Cabinet about her Brexit plan at Chequers, near Aylesbury, Britain, July 26, 2018. /VCG Photo

But there is a balance to be struck here between the legitimate concerns on the part of the public regarding the health of their leader – and what should happen if that health diminishes – and the right to privacy that all members of society should enjoy, regardless of the office they hold.

On occasions, being open about health issues can be greatly liberating and assist in the breaking down of social stigma. The UK’s departing Prime Minister, Theresa May, for example, has been consistently open about her diabetes condition in the hope of showing that it does not have to hold sufferers back.

Politicians that have been open about their status as HIV-positive are a further example of humanizing the condition for society and attempting to break the taboo surrounding it.

At the same time, it should certainly be the right of that individual to decide whether or not to reveal their health status and not a responsibility, nor something foisted upon them.

Ultimately, this issue has to be a judgment call for the individual concerned. If they believe, having received medical advice, that their condition may harm their ability to lead the country, then they may feel it appropriate to consult more broadly and even inform the public.

If they are satisfied that it does not, however, then there should be no onus on them to satisfy public curiosity, unless they deem being open about their condition to be helpful to society in some way.

We often forget that politicians are people and that they too have personal lives filled with hopes and fears. Their office may mean, on occasion, that being more open than a normal citizen is desirable; but, unless it is completely necessary, there should be no expectation on them to detail the most private details of their personal health matters.

US to name ambassador to Sudan for first time in 23 years: Pompeo