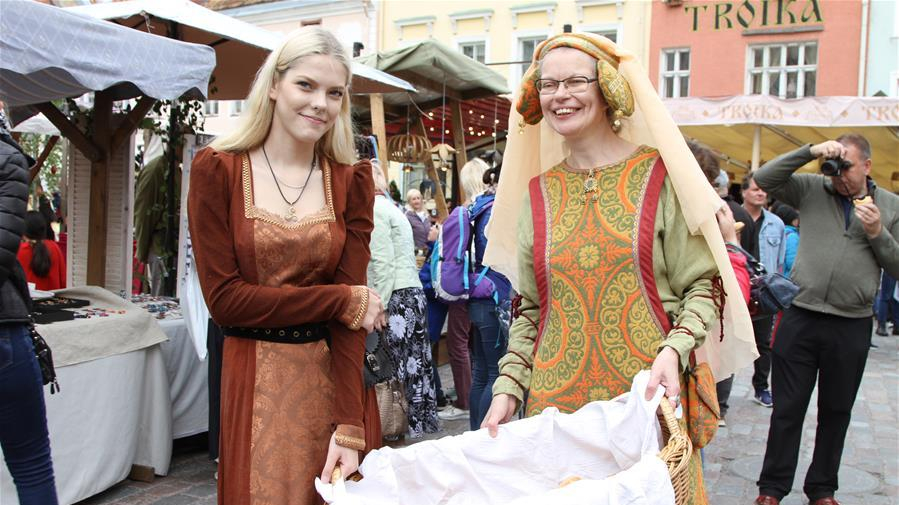 People take part in the opening ceremony of Medieval Days events at the Old Town in Tallinn, Estonia. /Xinhua Photo

A large medieval market in Town Hall Square with merchants and workshops, a country music band from Hungary and a medieval village near the Harju Street park aim to make visitors feel the atmosphere of the flourishing Hanseatic era during the late Middle Ages in the 15th century.

The “Medieval Days” are one of the most important annual events organized by the Estonian Folk Art and Craft Union since 2000.

Tallinn is known for its medieval past and has the best preserved ‘Old Town’ area in northern Europe.

Due to its exceptionally intact 13th century city plan, the Old Town was inscribed as a World Heritage Site by the United Nations Educational, Scientific and Cultural Organization (UNESCO) in 1997.Source(s): Xinhua News Agency