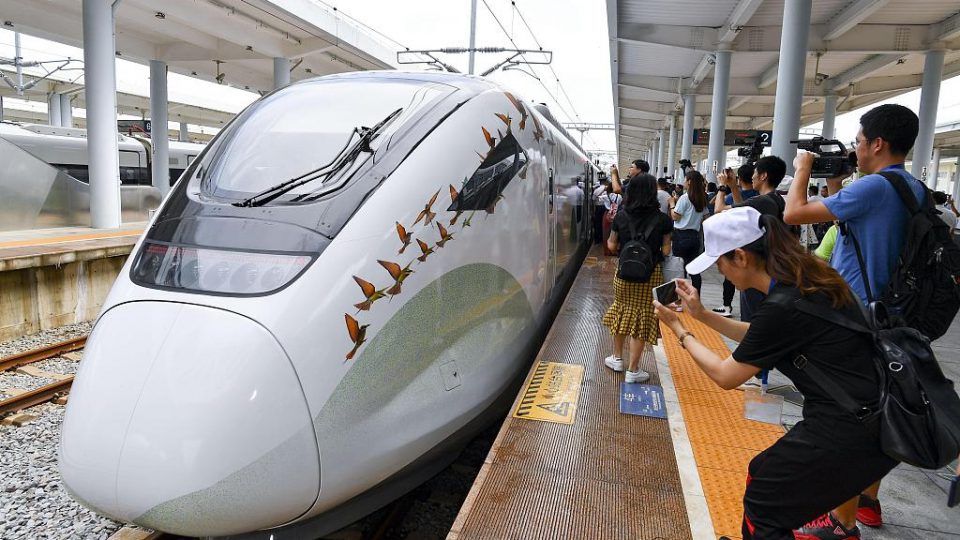 A high-speed commuter rail was put into operation in Haikou, capital of south China’s island province of Hainan, Monday.

The trains for the city’s first high-speed commuter rail will operate at a maximum speed of 160 kph along a 38 km-long route between the city center and its outer suburbs.

With trains departing every 15 minutes between 6:30 a.m. and 11:00 p.m. every day, the passenger rail transport service will benefit a large number of commuters who only need about half an hour for a one-way trip from the city center to the outer suburbs.

It used to take more than two hours by bus from downtown Haikou to the outer suburb, said Anna, an Italian student at a local university. “And it was quite a bumpy trip.”