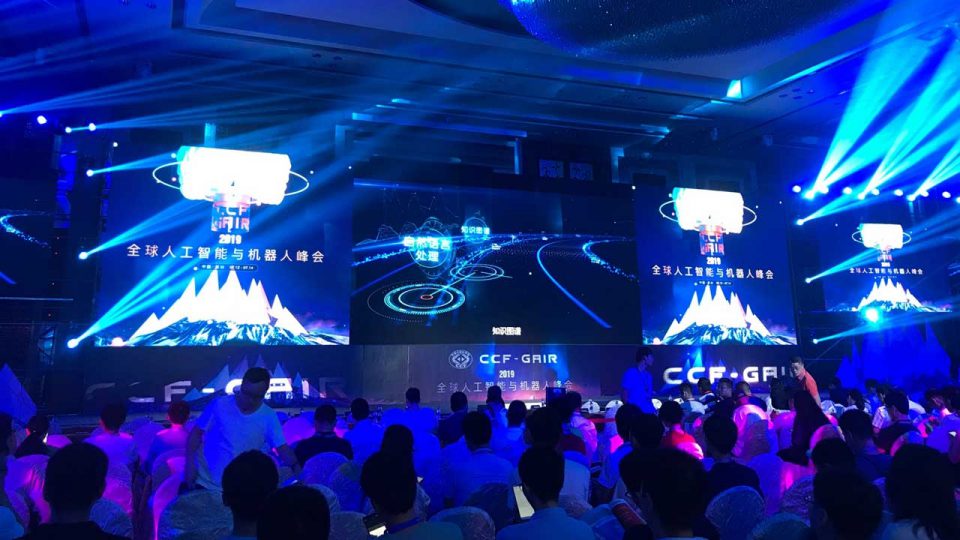 In just a few short years, artificial intelligence has become a big part of our lives. From virtual assistants on smartphones and in cars to facial recognition cameras in airports and on streets, AI is quickly invading our lives.

Moreover, based on China’s massive population, the nation is a front-runner in the AI race. In Shenzhen, China’s Silicon Valley, many AI bigwigs have gathered to discuss the future of AI at the 2019 Global AI & Robotics Summit.

Here are some hot topics at the summit:

What are the main obstacles in development of AI?

Though people are looking forward to AI, many experts are calling for a calm mentality. According to Li Shipeng, vice president of iFlytek, China’s leading voice recognition company, the public and even the industry have some unrealistic expectation of AI.

Given the situation that there are already some AI technologies out there which can manipulate videos, voice, and human faces, there is a great demand for new ethics, laws and standards regarding AI.

Also, technically speaking, much of the current AI is based on deep learning that is in high demand of big data, but now there is a bottleneck in providing data that is annotated and trained to get more accurate results.

Li Shipeng admitted that he is concerned about autonomous driving because the current AI is too heavily reliant on data. If one day, a driverless vehicle met with some incident that data has never included, it could result in tragedy.

How heated is AI  in China?

This is the fourth Global AI & Robotics summit and my third time reporting it. However, this year not only the main conference room is filled with thousands of young engineers who are keen for the sparks from the pioneering scholars, but also there were even some arguments outside from people who could not squeeze themselves in.

According to the Wuzhen Institute, since 2000, the global AI industry has raised a total of 78.5 billion US dollars, 72 billion of it coming in just the last five years.

And the market in China is even hotter. In 2018, Chinese AI enterprises raised 15.6 billion dollars, accounting for nearly half of the total fundraising worldwide.

China’s booming AI industry is luring more and more leading Chinese scientists back home. Most of China’s big tech companies’ chief AI scientists are the top scholars who used to work in the U.S. and Canada,

Zhang Zhengyou, a top computer vision scientist, came back to China to lead Tencent’s Robotics X project and its AI lab nearly a year ago. He said that in America, AI research is calmer and steadier. “In China, some people are hasty. The rankings of competitions and the numbers of journals are much more important in measuring their achievements.”

Du Zide, general-secretary of the China Computer Federation, even openly said that there are some bubbles in China’s AI industry in his opening speech at the summit.

However, someone holds a different opinion. Wu Haifeng, associate professor at the Shenzhen branch of the Chinese University of Hong Kong, said: “Bubble is a good thing in some circumstances. All new technology is money-burning, so if there is no capital-driven investment, there will be no future for AI development.”

China, U.S. health experts agree to act together against COVID-19

Virologist at Wuhan lab speaks to Science: ‘Trump owes us an apology’