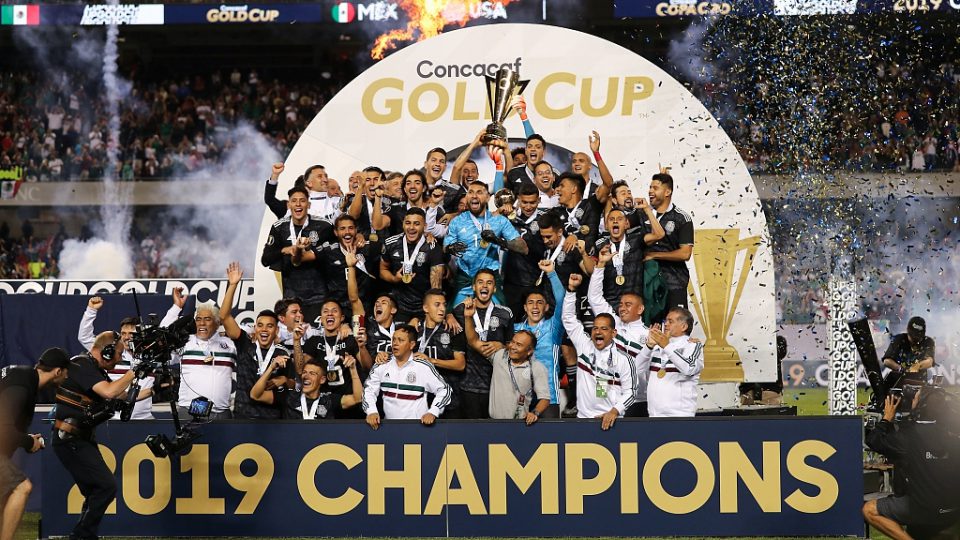 Mexico’s Jonathan dos Santos scored the winner in the 73rd minute against the host U.S. 1-0 to win the CONCACAF Gold Cup final on Sunday.

The narrow victory over the defending champions at Chicago’s Soldier Field helped Mexico grab a record-extending eighth title at the biennial tournament, which crowns the continental champions of North America, Central America and the Caribbean.

Earlier, Mexico took control midway through the second half and pressed hard for the elusive goal until Dos Santos fired home off the underside of the bar after receiving a back-heel pass from Raul Jimenez.

The U.S. tried to claw their way back in the game as they were desperately seeking the equalizer, which created a series of corners late in the game. However, in the 87th minute the U.S. missed a golden scoring opportunity by a whisker in the Mexico box as Hector Moreno made a big block with his face to thwart the U.S. attempt.

The two minutes of stoppage time saw each of the U.S. players going forward in order to seek the equalizer. But the Mexican defense held firm to reclaim the title they last won in 2015.

American midfielder Michael Bradley said after the game, “I thought we had a good start to the game. If anything the beginning of the second half wasn’t what it needed to be. They were able to get some momentum and got their goal. Tough way to lose.”

Meanwhile, an elated Andres Guardado said, “This was what we came here for. We did it and in an unforgettable setting. We’re very happy. The whole team was spectacular.”

Over 200,000 children benefit from polio vaccine in Angola