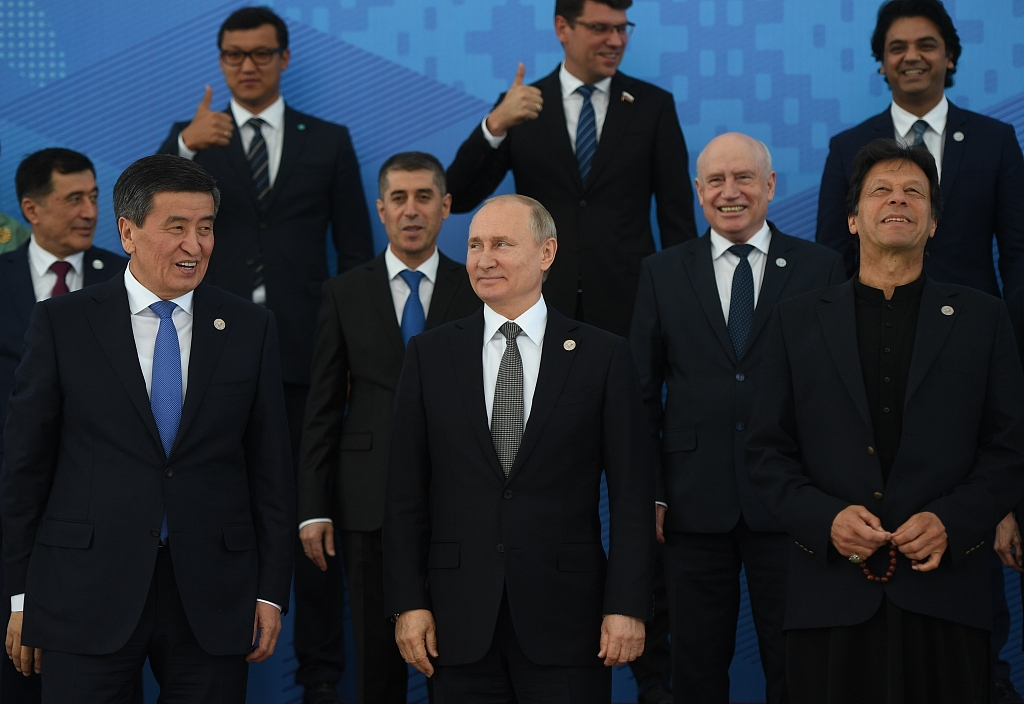 Editor’s note: Kulbhushan Warikoo is a former professor at the Centre for Inner Asian Studies, School of Internatkonal Studies, Jawaharlal Nehru University, New Delhi. He is currently a senior fellow of the Nehru Memorial Museum & Library, New Delhi. The article reflects the author’s opinion, and not necessarily the views of HAYOM.

Even though the war against terror in Afghanistan was launched over 17 years ago, the situation in Afghanistan remains unstable due to increasing insecurity, and rise in deadly attacks by the extremist and militant groups. Reports of kidnappings, ambushes, killings, rocket attacks and bomb explosions in Afghanistan have been coming almost daily.

The year 2018 witnessed an 11-percent increase in civilian deaths as compared to that in 2017. While the negotiations between the U.S. and Taliban are continuing, the conflict has actually escalated with recurrent deadly attacks killing hundreds of civilians and security personnel.

Mongolia’s President Khaltmaagiin Battulga and Russia’s President Vladimir Putin met on the sidelines of a meeting of the Shanghai Cooperation Organization (SCO) in Bishkek, capital of Kyrgyzstan, June 14, 2019. /VCG Photo

So ensuring sustainable security and peace in Afghanistan is a great challenge facing the international community which needs to shed its ambivalence and evolve a concerted strategy to curb terrorism and extremism in and around Afghanistan by stopping their sources of funds, arms, logistics and training and ideological motivation.

The future of Afghanistan with guarantees of peace, security and well-being of its people hinges upon the success of reconciliation between rival ethnic/regional Afghan political groups and commanders, emergence of a balanced and broad-based stable government representing diverse ethnic, regional and minority interests, the setting up and effective functioning of law enforcement agencies, strengthening the Afghan National Defense and Security Forces, the speedy implementation of reconstruction of social, economic and education infrastructure, and elimination of drugs and arms trafficking from Afghanistan.

In its initial year of establishment, the SCO members met in Shanghai in June 2001 and signed Shanghai Convention on Combating Terrorism, Separatism and Extremism on June 15, 2001.

This was followed up by the conclusion of the Agreement on Regional Anti-Terrorist Structure (RATS) in 2002. RATS was established to collect, collate and exchange information about terrorist movements, draft counter-terrorism policies and laws and also to maintain relations with the concerned institutions of the member states dealing with extremism, terrorism and separatism.

RATS can be turned into an effective institutional mechanism to deepen cooperation between the SCO member countries in dealing with the three evils of terrorism, separatism and extremism, besides drug trafficking, organized crime, cyber crime, etc. Each of these has great relevance for Afghanistan.

Recognizing the near-and long-term importance of stability in Afghanistan to the SCO region, the organization created a SCO-Afghanistan Contact Group (SACG).

Afghan municipality workers clear up the site of an attack by Taliban militants, a day after the assault on a compound housing an international aid organization, in Kabul, May 9, 2019. /VCG Photo

Formal cooperation between Afghanistan and the SCO began in 2005 with the establishment of SACG aimed at fighting terrorism, extremism and drug trafficking. The SCO organized a special conference on Afghanistan in March 2009 in Moscow.

Recognizing the challenges in Afghanistan and the region, the conference underscored the importance of sustained international efforts to achieve a stable, peaceful, prosperous and democratic Afghanistan.

A joint statement issued by the SCO member states and Afghanistan during this conference called for the “adoption of a comprehensive convention on international terrorism as well as the elaboration of regional counter-terrorism legal instruments.”

Any attempts at peace and reconciliation should not be rushed and should preserve the Constitution process and other gains of the last 18 years. It should also ensure independence, sovereignty and territorial integrity of Afghanistan.

Such process should be based on principles of shunning violence and severing ties with international terror networks; accepting the Afghan Constitution; and honoring the rights of weaker sections of Afghan society, ethnic-religious minorities, women and children.

In the current environment we have a situation where while a dialogue process between the U.S. and Taliban is underway, the latter has also launched fresh offensives. The role of the SCO assumes importance in this context and we need to reflect how we can provide support to an Afghan-led and Afghan-owned peace and reconciliation.

An Afghan policeman keeps watching at a checkpoint on the Ghazni highway, in Maidan Shar, the capital of Wardak province, Afghanistan, August 12, 2018. /VCG Photo

The SCO member countries and SCO observer member Iran remain concerned over the cross-border movement of extremists, armed militants, refugees, drugs, arms and organized crime from Afghanistan into their countries.

Several countries including Tajikistan, Uzbekistan, Kyrgyzstan and Turkmenistan which have physical borders with Afghanistan are worried about the spillover of the conflict, terrorism and extremism from Afghanistan to their own territories.

It would, therefore, be necessary to let the Kabul Process for Peace and Security in Afghanistan work out the negotiations and dialogue between various stake holders within Afghanistan without any external pressure or inducement.

While the peace process should be aimed at engaging and bringing together all the Afghan groups, it should isolate the extremist and terrorist networks which are bent upon recreating the Caliphate/Emirate in Afghanistan, which would be catastrophic for the SCO region, given the past experience of instability and conflict in various Central Asian countries.

As such SCO and RATS have a distinctive role to play by working out definite agreements/arrangements between the member states including Afghanistan to (i) negotiate bilateral extradition agreements , (ii) take regular stock of the radical extremists and terrorists operating in the region, and exchange such information, (iii) identify the sources of terror-financing and take necessary steps to block  these channels, (iv) to engage and seek cooperation of the Islamic clergy/Ulema for rejecting the hate ideology of the terrorists and extremists in the name of jihad.

America is sowing chaos in Iraq yet again

Will Congress’ Uygur bill provide ‘aid and comfort’ to our enemies?