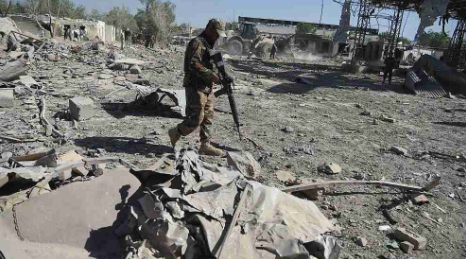 At least three police officers and two assailants were killed and 16 people injured after Taliban gunmen seized a hotel and fired on nearby buildings in Qala-e-Naw, capital of Afghanistan’s western province of Badghis on Saturday, a local official said.

The Taliban claimed responsibility for the attacks by three militants and said their fighters had positioned themselves in a building and were firing at police headquarters.

Abdullah Afzali, a member of Badghis provincial council, said security forces were still battling Taliban gunmen and officials at the interior ministry in Kabul and that two of the three insurgents had been killed.

(with inputs from agencies)