The foreign ministers of Russia and Ukraine met on Thursday in Turkey, the highest level contact between the two countries since Russia’s special military operation began on February 24, but ended without an agreement reached on humanitarian corridors or a ceasefire. 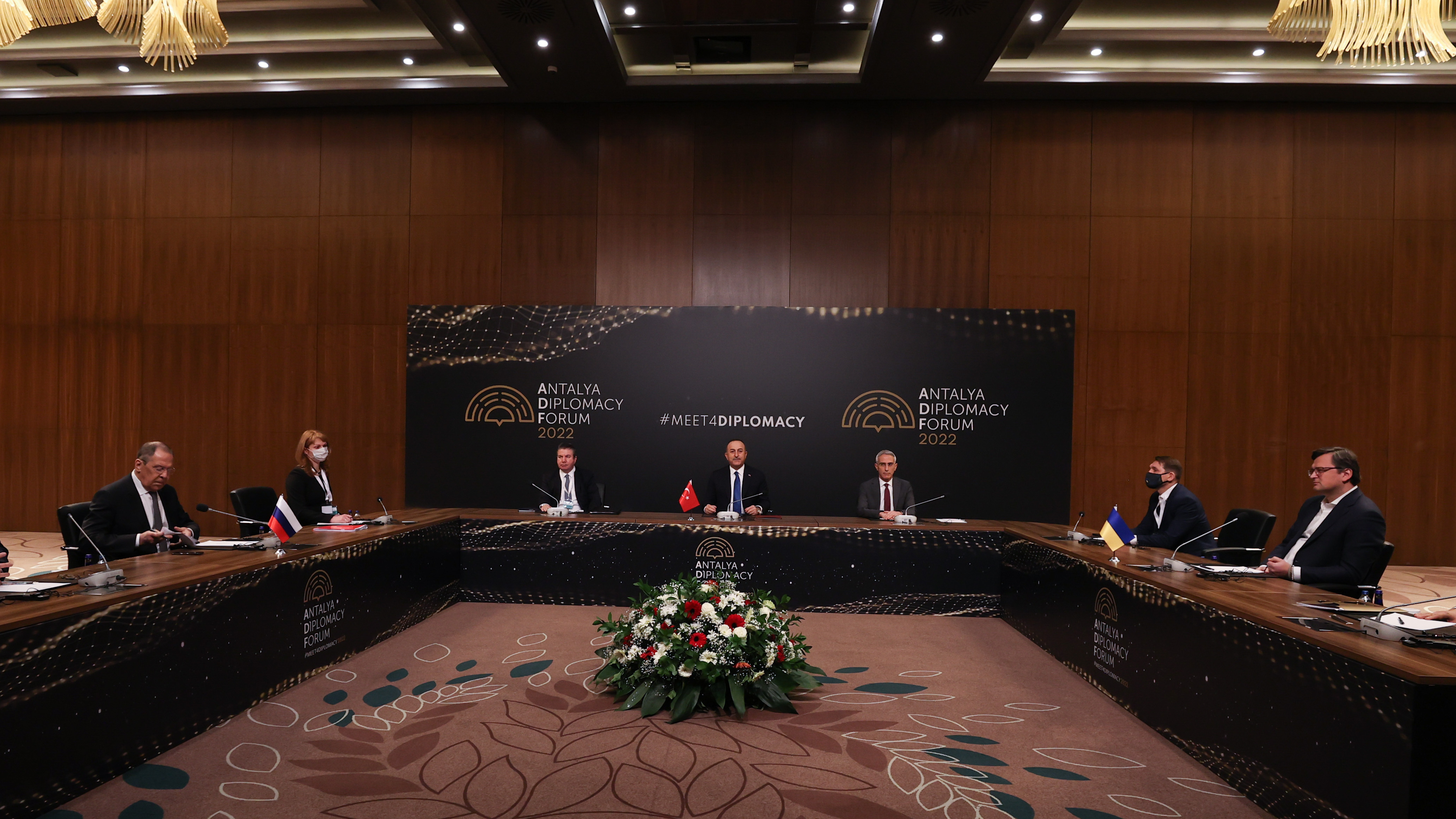 After meeting with his Russian counterpart Sergei Lavrov, Ukraine’s Foreign Minister Dmytro Kuleba said at the press conference that he did his best to discuss a 24-hour cease fire but did not make progress.

“I made a simple proposal to Minister Lavrov: I can call my Ukrainian ministers, authorities, president now and give you 100% assurances on security guarantees for humanitarian corridors,” he said.

“I want to confirm once again that Ukraine did not surrender, is not surrendering and will not surrender. We are ready for diplomacy, we are looking for diplomatic solutions. But while there are no such solutions, we will be dedicated – by sacrificing ourselves – to defend our land, our people, from the Russian aggression,” Kuleba added.

Before setting off, Kuleba confirmed his visit to Turkey for talks in a Facebook video and said his expectations were “limited”.

“I am not pinning any great hopes on them, but we will try and get the most out of it” the talks with effective preparation, he said in the video. 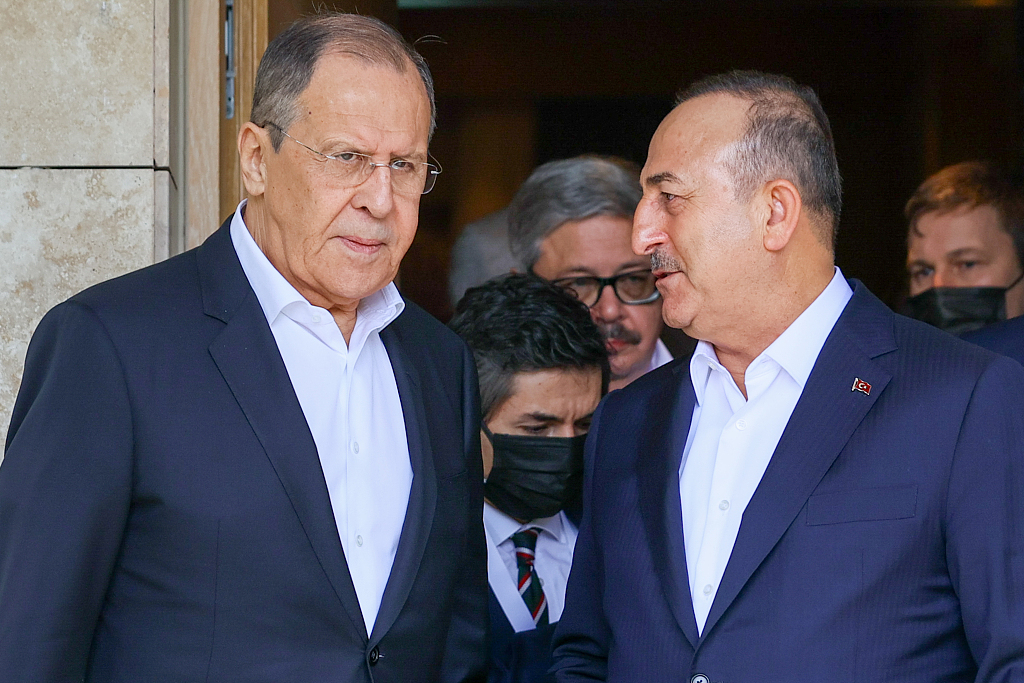 Also after the meeting, Russia’s Sergei Lavrov said that no one here today was discussing a ceasefire, when answering a CMG reporter at a separate conference.

He then stressed that President Vladimir Putin has never rejected any contact with the Ukrainian side but wanted “these contacts to be arranged not just for the sake of it.”

Russia never wants to depend on Western countries or companies again and had never used oil and gas as weapons and that it would always have markets for its energy exports, he added.

Repeating Russian demands that Ukraine be disarmed and accept neutral status, he blamed the West for intensifying the conflict by “dangerously” backing the supply of arms to Ukraine. 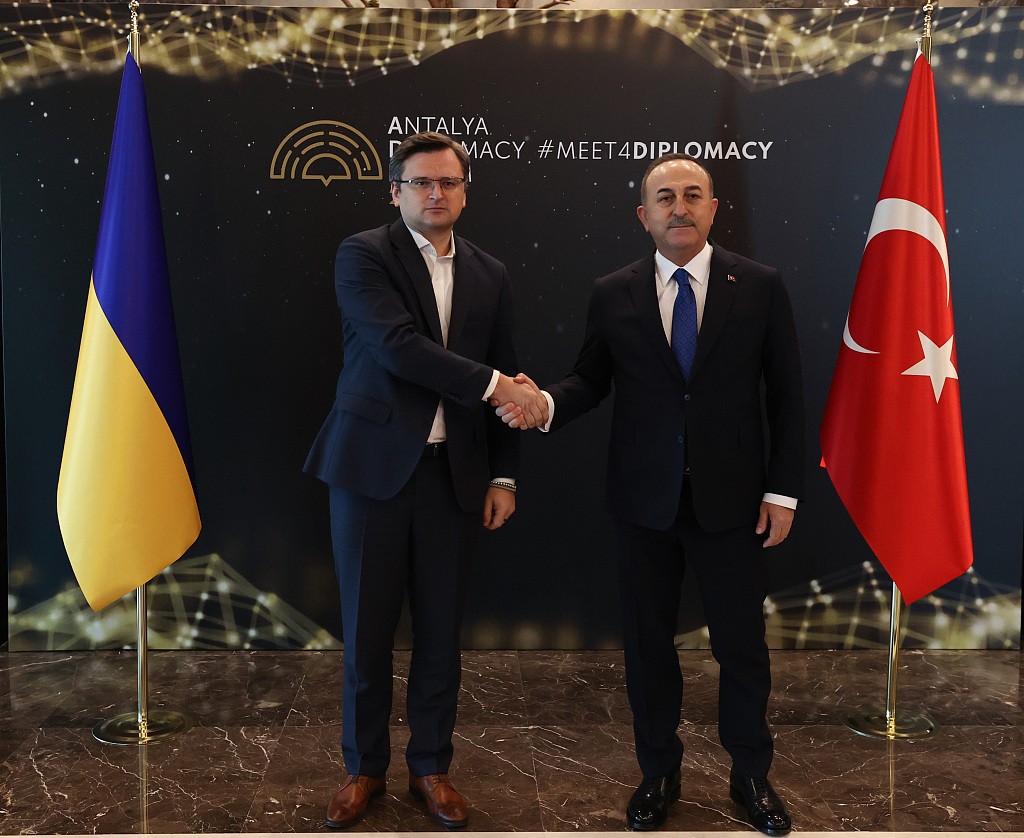 Russia’s “special military operation” in Ukraine entered the third week on Thursday with over two million refugees fleeing and thousands of people killed.

Dialogue between Kyiv and Moscow has so far yielded several local ceasefires and humanitarian corridors to evacuate residents, but Russia has been accused of breaching those agreements.

Officials from Kyiv and Moscow have held several rounds of discussions in Belarus, but the meeting in the southern city of Antalya represents the first time Russia has sent a minister for talks on the crisis.