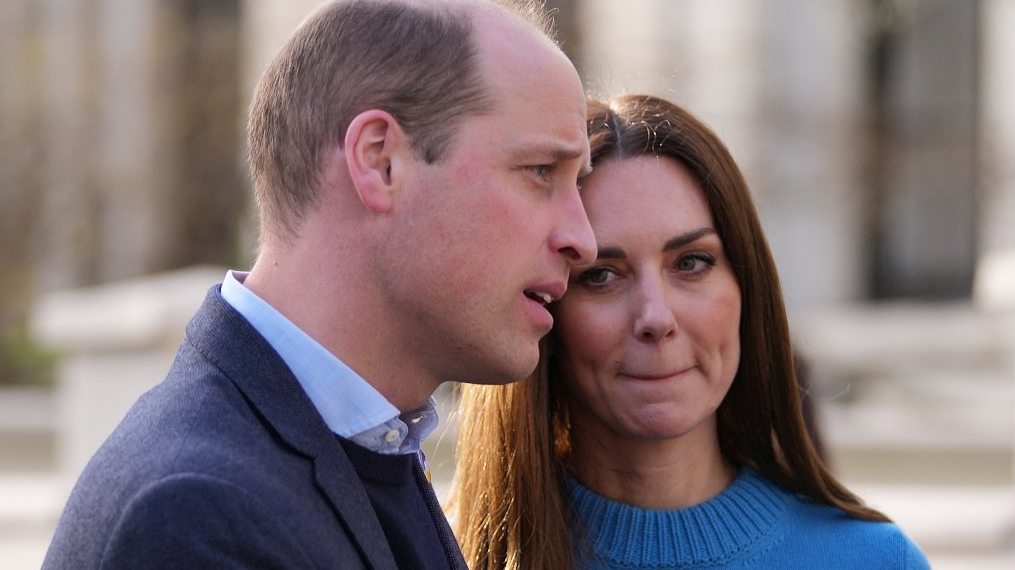 Britain’s Prince William is drawing sharp rebuke for his comments saying it was “alien” to see military conflict in Europe, with critics calling out the Eurocentric racist undertones of the remarks that tend to normalize conflicts in other parts of the world such as Africa and Asia.

“Everyone is horrified by what they are seeing. The news every day, it’s almost unfathomable to actually witness it, to see it. For our generation, it’s very alien to see this in Europe. We’re alright behind you. We’re thinking about you. We feel so useless,” William said on Thursday during a visit with his wife Kate Middleton to the Ukrainian Cultural Centre in London.

The Duke and Duchess of Cambridge visited the center to interact with volunteers and get an overview of the relief measures being carried out in the UK for the victims of the Ukraine crisis.

William’s remarks faced a huge backlash online and offline amid a raging debate over the evidently racist bias in how many Western media outlets have been reporting on the ongoing Russia-Ukraine military conflict.

“Prince William said it’s rather normal to see war and bloodshed in Africa and Asia but not Europe …” tweeted Nadine White, the Independent’s race correspondent, underlining the unsaid but implied and inferred meaning of the British royal’s remarks. 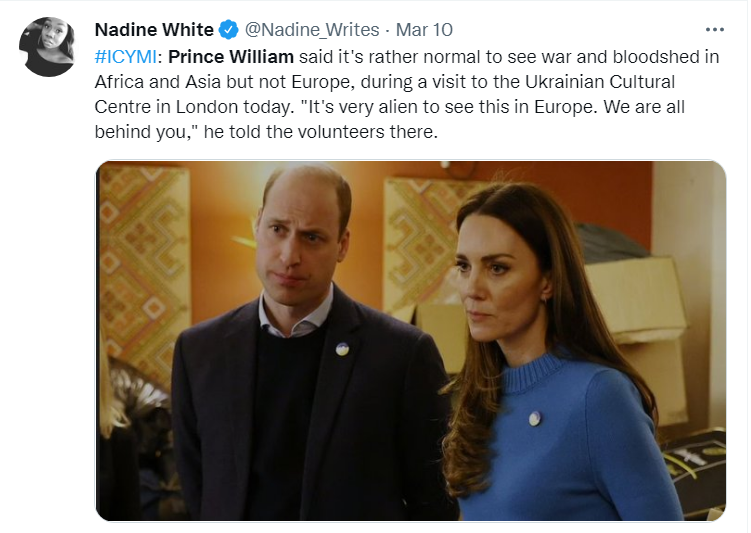 “I suppose war is alien in Europe if you don’t count the Troubles in Northern Ireland that spanned from 1968 until 1998. And the Yugoslav wars during the 1990s. And the annexation of Crimea in 2014. And, as multiple people have pointed out on Twitter, the royal family’s own history of colonialism and the violence that comes along with it,” wrote Mia Mercado of The Cut.

Megha Mohan, senior staff reporter at BBC, even posted a scrolling video of all the conflicts in Europe since 1981, the year William was born. 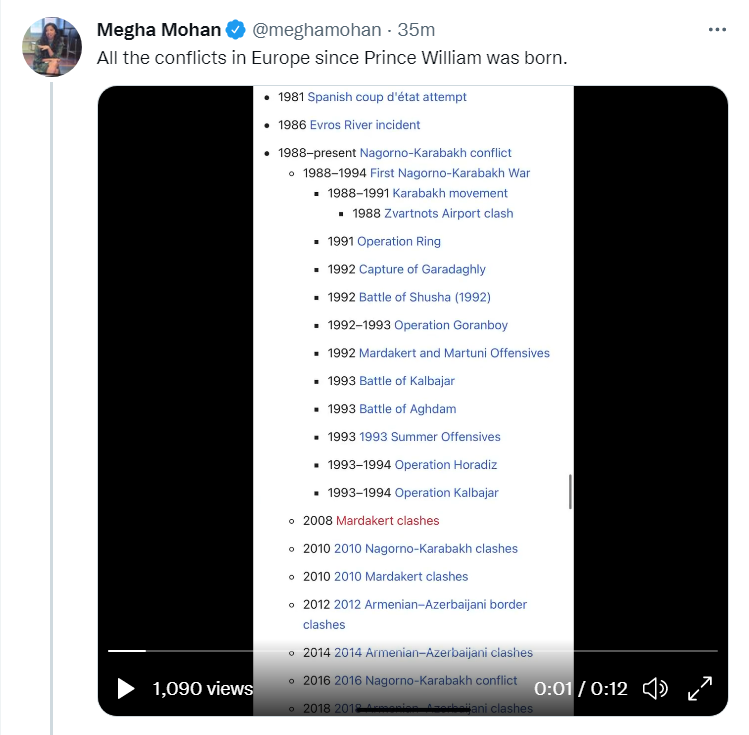 Human rights lawyer Qasim Rashid was quick to point out William’s ignorance about the British Empire’s colonial legacy of war and conflict over the centuries.

“How do you have a 1000 year history of colonialism, a literal 100 year war, launch 2 World Wars, allow multiple genocides, & bomb a dozen nations since 9/11 alone – yet make this type of a statement,” he said in a tweet. 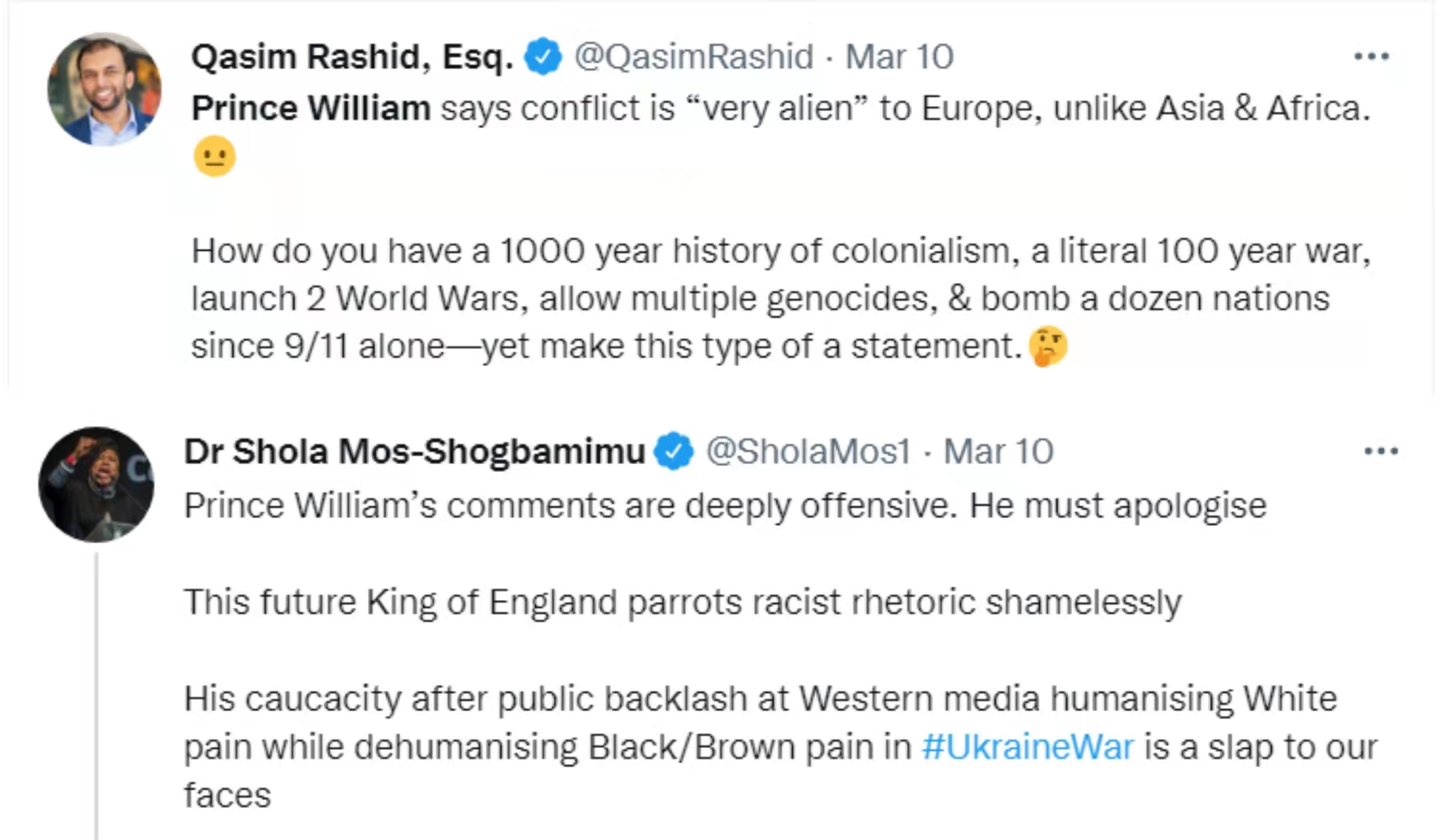 Screenshots of the tweets by Qasim Rashid and Shola Mos-Shogbamimu.

“Prince William’s comments are deeply offensive. He must apologize. This future King of England parrots racist rhetoric shamelessly. His caucacity after public backlash at Western media humanizing White pain while dehumanizing Black/Brown pain in #UkraineWar is a slap to our faces,” she tweeted.

There were some who tried to defend the Duke of Cambridge, arguing that his comments did not explicitly compare the situation in Ukraine with other conflicts in Asia or Africa and suggesting that his remarks were being misinterpreted. 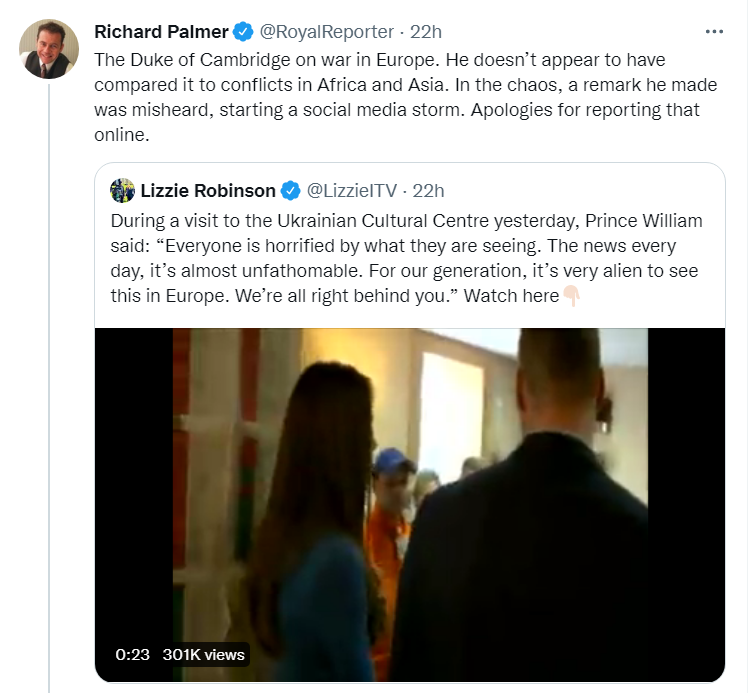 “The Duke of Cambridge on war in Europe. He doesn’t appear to have compared it to conflicts in Africa and Asia. In the chaos, a remark he made was misheard, starting a social media storm. Apologies for reporting that online,” Daily Express royal correspondent Richard Palmer tweeted in an attempt to clear the air on William’s controversial remarks.

However, others countered that view by pointing out the remarks reflected an implicit Eurocentric bias in a section of the European elite that was clearly evident in some of the media coverage of the Ukraine crisis.

“Anybody expressing sympathy with the victims of any war, any conflict needs to be commended and should not be criticized for showing sympathy for people who are suffering absolute horrors,” Marcus Ryder, the head of external consultancies at Birmingham City University’s Sir Lenny Henry Center for Media Diversity, told Channel 5 News. 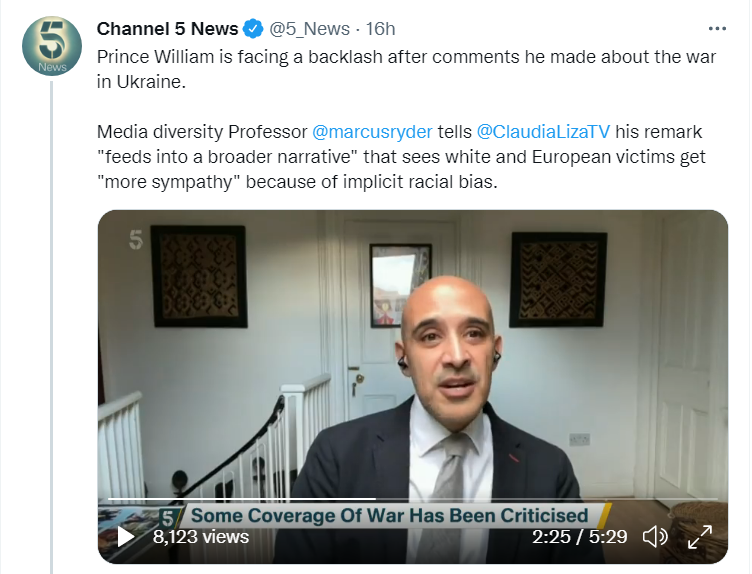 “But with regards to Prince William, I think it’s not just about Prince William. It feeds into a broader narrative” that sees white and European victims get “more sympathy” because of implicit, and at times explicit, racial bias, he explained.

Ryder, a champion of diversity in media, had earlier told CGTN Digital that the Ukraine crisis coverage “reveals that unexplored emotional connections can be racially based, although we might not realize it.

The British Royals have had to face a number of allegations of racism in recent years, including from their own.

Last March in an interview to American celebrity host Oprah Winfrey, William’s younger brother Prince Harry and his American wife, actress Meghan Markle, created a storm by claiming that a member of the family had asked how dark their son Archie’s skin might be.

As recently as in November, Prince William was accused of racism following his remarks suggesting Africa’s human population growth is causing wildlife loss.

Choosing a Health Insurance Plan Is Not ‘Shopping’

A trade war without end – What’s the U.S. really trying to achieve?