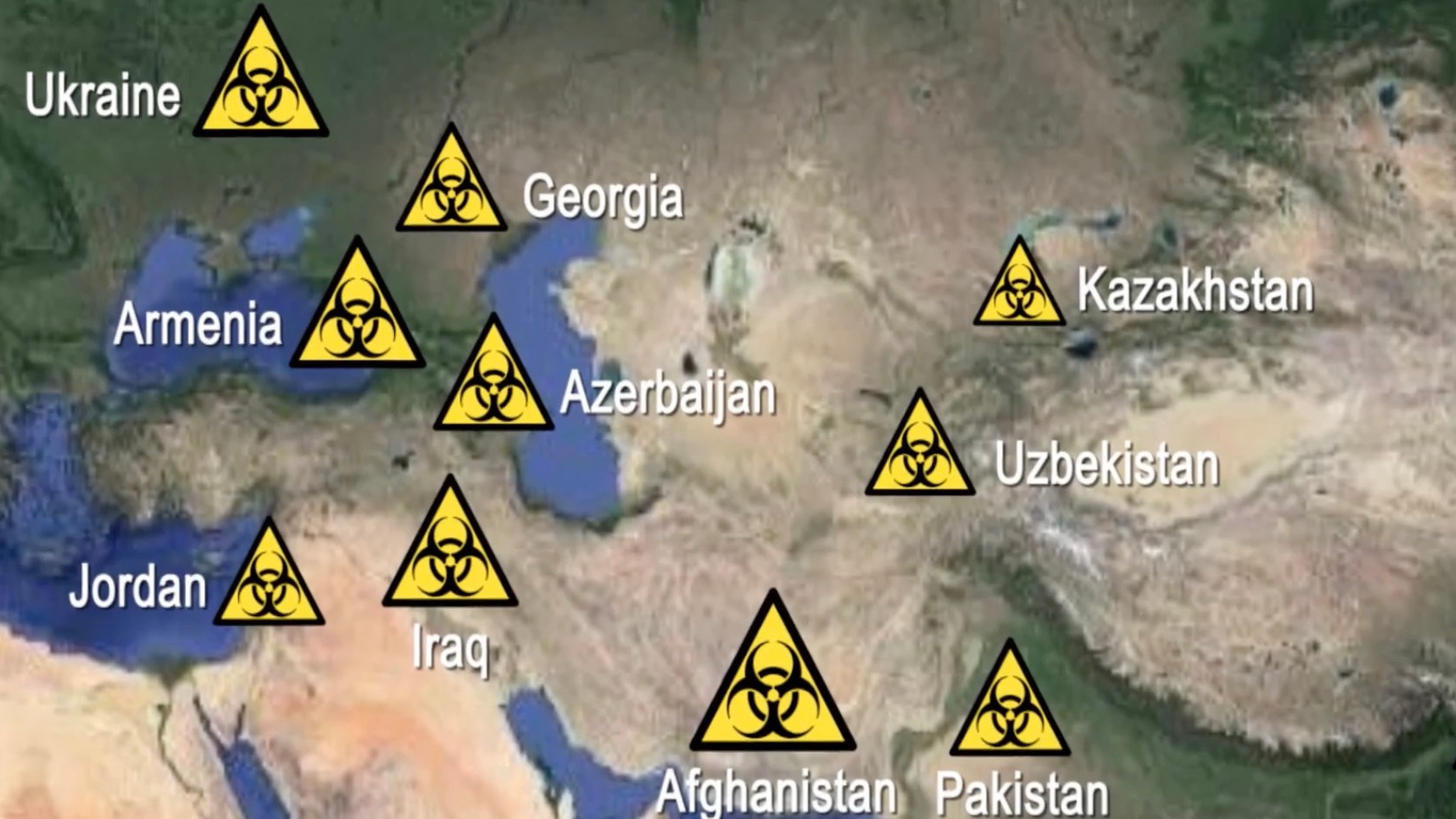 A Russian Defense Ministry spokesperson said on Sunday (March 6) that evidence of a U.S.-financed military biological program developed in Ukraine has been revealed during Russia’s military operation in Ukraine, according to a report by Russian media agency TASS.

The spokesperson, Igor Konashenkov, said, “In the course of the special military operation, evidence of the Kyiv regime’s hasty measures to conceal any traces of the military biological program, financed by the U.S. Department of Defense in Ukraine, has been revealed.”

Konashenkov said employees of Ukrainian bio laboratories had provided information that especially hazardous pathogens, including plague, anthrax, cholera, tularemia and other lethal diseases infecting agents, had been urgently destroyed following the beginning of Russia’s operation in Ukraine on February 24.

“We will share the results of the analysis of the documents we have received in the near future. Some of them, in particular the Ukrainian health ministry’s instruction to destroy pathogens and certificates of completion from the Kharkov and Poltava bio laboratories, we are publishing right now,” Konashenkov added. 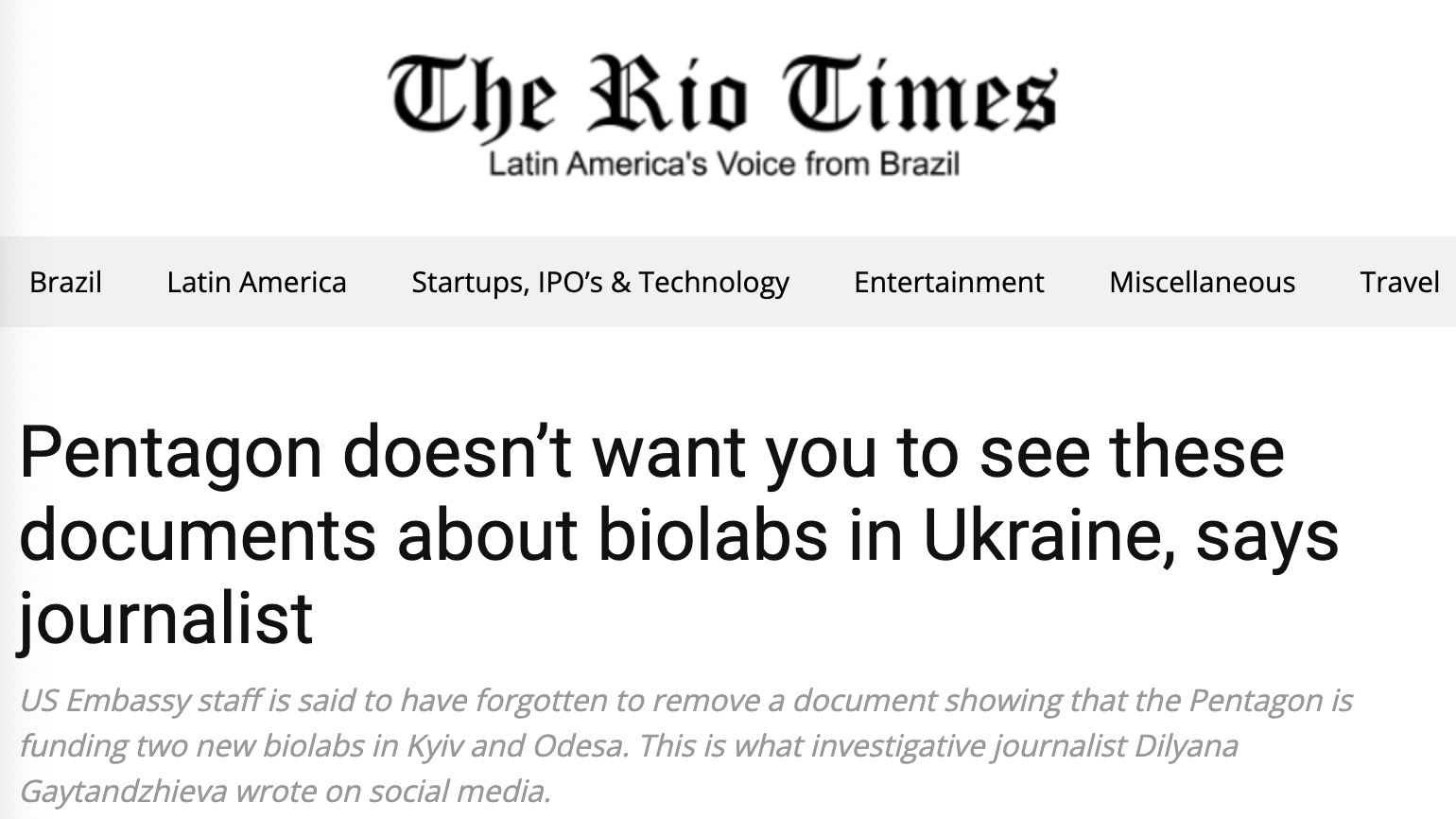 A screenshot of an article by The Rio Times

According to a report by The Rio Times based on a Twitter message posted by independent investigative journalist Dilyana Gaytandzhieva, the U.S. Embassy in Ukraine on February 26 removed all documents about Pentagon-financed biolabs in Ukraine from its website other than a document showing that the Pentagon is funding two new biolabs in Kyiv and Odesa.

One of the old labs in Ukraine financed by the U.S. is located in Kharkiv, the country’s second-largest city, according to the report. In January 2016, at least 20 Ukrainian soldiers died there from a flu-like virus in two days while another 200 soldiers were hospitalized, according to the report, which adds that the Ukrainian government has not provided detailed information on the soldiers who died. 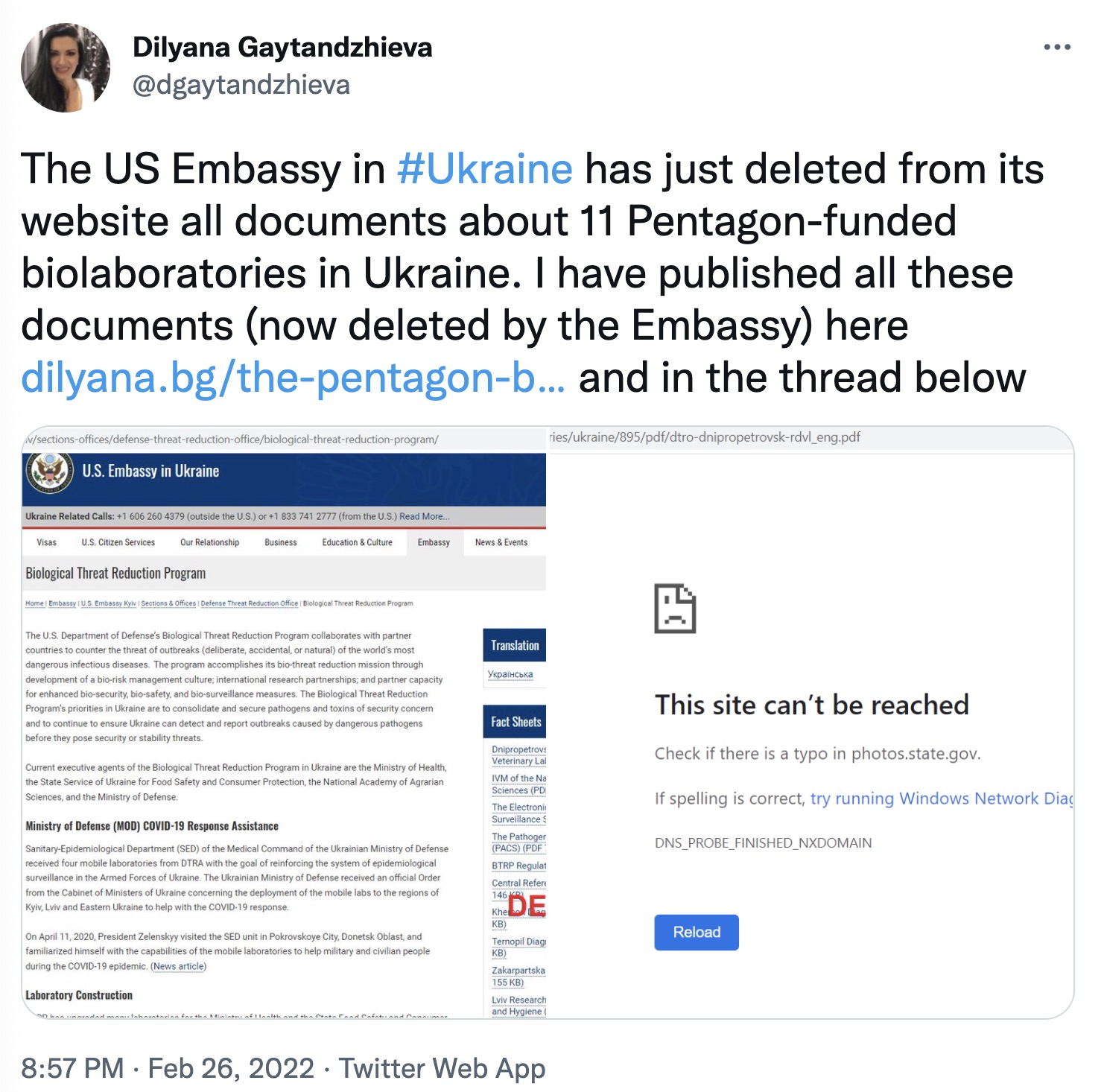 Zhao stated that some of the places where the labs are based have seen large-scale outbreaks of measles and other dangerous infectious diseases, triggering international concerns about the safety of U.S. overseas laboratories.