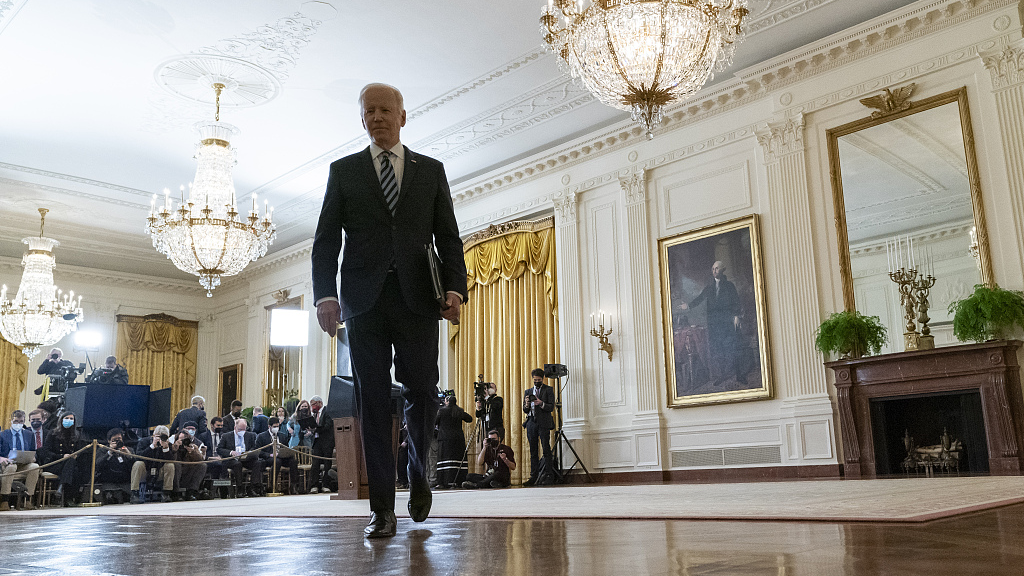 President Joe Biden departs after speaking about the Russian conflict with Ukraine in the East Room of the White House, in Washington, U.S., February 24, 2022. /VCG

Editor’s note: Hamzah Rifaat Hussain, a former visiting fellow at the Stimson Center in Washington and former assistant researcher at the Islamabad Policy Research Institute, is a TV anchor at Indus News in Pakistan. The article reflects the author’s opinions and not necessarily those of CGTN.

The Russian Foreign Ministry said on Wednesday that Kyiv destroyed samples from American bio-warfare labs. As the Ukraine conflict intensifies in both scope and magnitude, the status of U.S. biological laboratories remains unclear. Chinese Foreign Ministry Spokesperson Zhao Lijian also previously responded to questions centering on the U.S. Embassy in Ukraine removing information related to such labs and the onus is now on Joe Biden’s administration to share information.

For long, conspiracy theorists in the U.S. have peddled discredited theories on China from lab leak theories to unfair trading practices, which are harming multilateralism. Such narratives lack merit, however, as each theory has been debunked for lack of evidence or credible information. Yet as the intensity of the war in Ukraine increases in 2022, the Biden administration carries the sole responsibility of clarifying the status of America’s own bio labs in the country. It has become imperative that authenticated and credible information on bio labs must be shared with all stakeholders concerned.

According to Zhao Lijian, the U.S. itself released data claiming ownership of 26 biolabs and other facilities in Ukraine, which has attracted considerable international attention. As further corroborated by the Russian government, the military biological program is also both U.S.-financed and developed in Ukraine with information continuing to be secretive in nature. This is despite the fact that biological weapons are diabolical and amenable to weaponization, which makes them easy to disseminate.

The prevention of their deployment is imperative as America is both a signatory and depositor of the Biological Weapons Convention (BWC) of 1975. A transparent investigation is also needed, given the news reports that Kyiv destroyed pathogens of deadly diseases, burying evidence that pointed to a violation of Article 1 of the BWC. The U.S. for 20 years has blocked the construction of the Biological Weapons verification protocol and blatantly refused to accept any inspections within its borders. The inaction will only cement the narrative that the U.S. is duplicitous.

However, Washington, under successive administrations, has both censured and castigated other sovereign governments for allegedly employing biological weapons during conflicts. By that logic, the conflict in Ukraine should also be devoid of chemical, biological and nuclear weapons. Yet when it comes to transparency or sharing critical information with permanent members of the United Nations Security Council and beyond, the Biden administration remains recalcitrant.

According to Zhao Lijian, the U.S. Department of Defense controls 336 labs in 30 countries, with a disconnect in what State Department official Victoria Nuland suggested about Russia being responsible for a biological or chemical weapons attack in Ukraine, as this indirectly confirms Russia’s narrative that the U.S. has been developing biological weapons on Ukrainian soil for years. 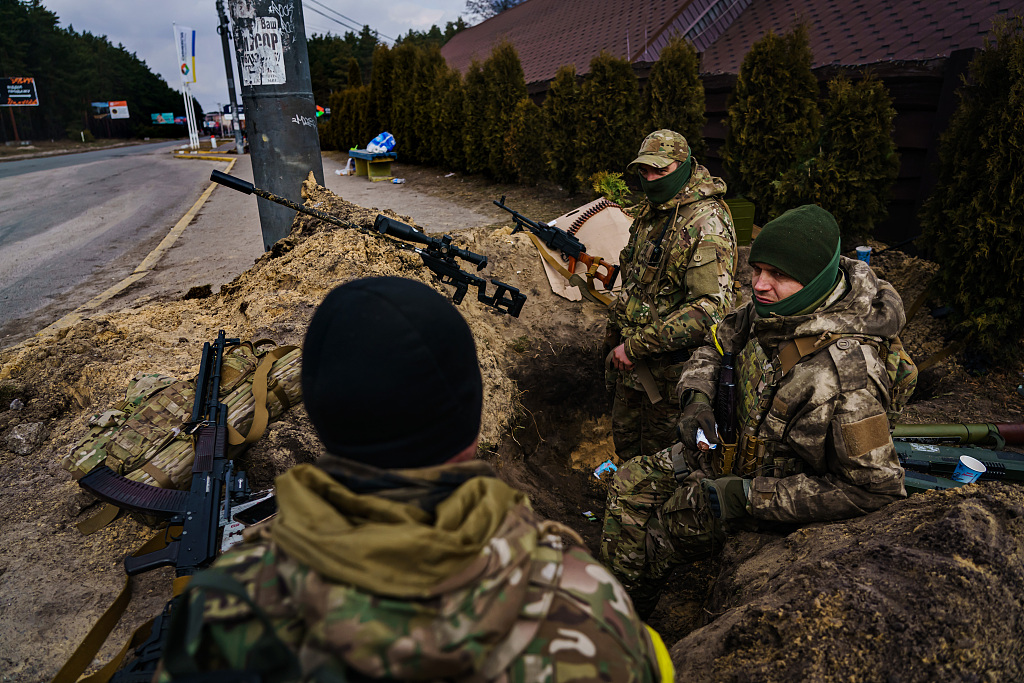 The Biden administration must now clarify that such labs do not host weapons that are detrimental to regional and global peace. Only then can transparency prevail.

Technically, the labs in Ukraine can host both viruses and pathogens which are lethal for human survival. In a conflict-torn environment, which is characterized by a breakdown in internal security, such risks remain high with the U.S. being the only country understanding the composition, layers and intricacies of the labs.

Furthermore, the U.S. Department of Defense’s Personnel Reliability Program, which is designed to only allow authorized personnel to access nuclear, chemical and biological weapons, has become vulnerable in conflict scenarios, where rogue actors can breach existing mechanisms and create chaos and disharmony.

Given America’s history of being embroiled in conflicts around the world from Iraq to Afghanistan, it is expected that historical experiences should inform policy decisions regarding transparency on matters such as biological and chemical weapons in conflict zones. Moreover, it is both farcical and fallacious to consider calls for verification and clarification of the biolabs as a conspiracy theory.

The Biden administration must take steps to reduce trust deficits by sharing technical information with risk analysis to all stakeholders of peace. Only then can international concerns be allayed for good.